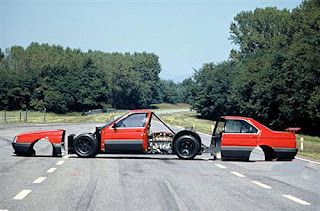 In the mid 80’s there was a race series designed to run alongside Formula 1. The concept was a car using F1 technology mounted in a “silhouette” body of conventional road going cars. Alfa Romeo had a V10 (Alfa’s only one it ever produced) from a failed racing car and went on to build the following Pro Car for the series. By all accounts its was faster and more powerful that the F1 cars its was designed to support. Unfortunately non of the other major manufacturers bought into the series resulting in this being the only car built for a series that never was. 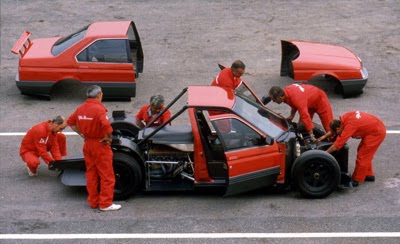 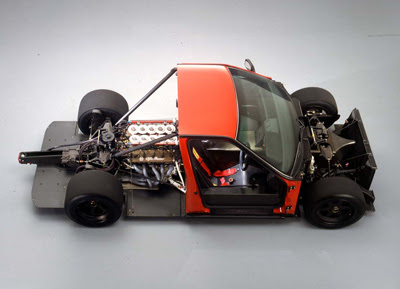 More information on the Pro Car that never was-