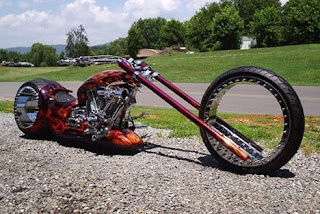 This has to one of the coolest concepts applied to a bike, the hubless wheel was originally invented by Franco Sbarro back in the late 80’s (believe me his name will be cropping up on here often) he applied it to a few bikes as well as a concept car. The basic design was taken on by Dominique Mottas, who simplified it. Amen Motorcycles then took this revised concept and created The Hubless Monster in 2004. It was the first bike to have both wheels hubless, it also had the world largest and fattest tyre ever fitted to a bike at 23”. The drive is via a friction drive in the rear wheel which I think also undertakes the braking, but don’t hold me to that. I think you’ll agree it’s been perfectly pulled off with the extreme out there look of the wheels really sitting well with the copper layout, a truly one-off futuristic bike- 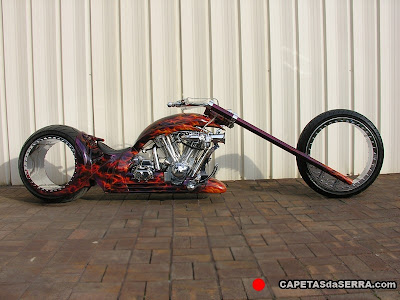 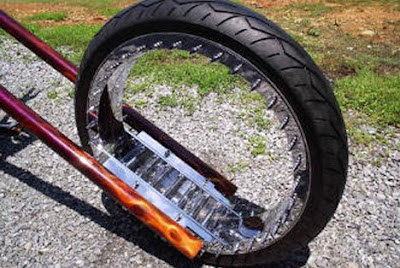 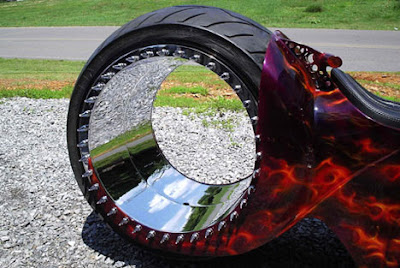