Car in the 90’s what happened

Looking back over the decades of car manufacture its easy to define each decade with its cars, 50’s equals fins (no more than the Cadillac El Dorado), 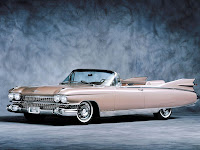 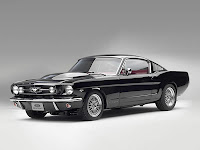 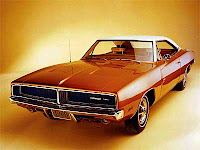 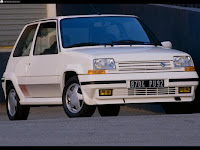 and the 90’s errmmm wait I’ll get this one, hmmmmmmm, honest just a minute, oh yeah that’s it BLAND!!!! If it was a school report card it would say , “could try harder”

Over the decades car design has been one of one-upmanship, you got fins, we got’em bigger, you got power, we got more, you got speed we’re faster etc but in the 90’s this seemed stop. From companies all designing individual cars with all the styling quirks that are linked to that, hard edges, body kits, angles etc when the 90’s hit it seems all the manufacturers sat down on a meeting and said, “wait a minute what people really want is a wishy washy car that looks like the neighbours with lazy design” just look at the Ford Mondeo and Vauhaull Vectra.

Compared to the Renault 5 vs Peugeot 205 vs Ford Escort of the 80’s 3 completely different looking cars that were all desirable, the 90’s by comparison was boring, conservative and bland. The only highlight was the Ford Focus, particularly the ST versions which took a step back to the 80’s.

Thankfully in the very early 00’s the industry picked up its ideas and realise the public actually do want interesting and at times challenging looking cars. Baby step were taken until 2005. The car that gave the whole industry a kick in the nuts for me was the next generation Honda Civic when it was shown at the Geneva Motorshow. This was shown as a production ready car, it’s was like nothing else sleek, angular and with triangle exhaust pipes!!!! You could just hear the likes of Ford, Vauxhall and Toyota, picking up the phone to their design departments and saying “hold on lads we’ve got a problem get the straight edge out on the new car” 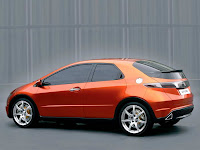 I suppose it could be down to the people who can afford new cars these days grew up in the 80’s and are now demanding more. Not just a car that gets you from A to B, and looks like the neighbours, but a car that say something about you.

The 00’s is now fresh and new with desirable cars, don’t get me wrong practicality leads design these days unlike in the 80’s when customers would do with out for the car they wanted. These days customers want everything, practical, room for 5, large boot etc but at least the individualism is finally back into design and it looks like the French in the likes of Citroën and Renault are leading the way.