I must admit I have a soft spot for the Mk 1 Toyota MR2 after owning one. But when I was looking for one (some 10 years ago) I noticed a number of adverts for a supercharged version, I had always assumed that these were after market modifications so steered clear, instead buying the 124bhp naturally aspirated version sold in the UK (the blue one below). I then discovered to my dismay, that these were factory produced!!!!! And what’s worse they were not much more that the one I had bought. Produced in the late production run of the Mk1 from 1987-89, the supercharged unit produced 145bhp and went to 60 in 6.7s, not bad for the late 80’s, especially from a 1.6ltr engine. The only difference (apart from the badges) was 2 bumps on the engine cover and larger grills to accommodate the intercooler mounted on top of the engine.

I have to agree with the press at the time that the handling of the MR2 was fantastic, a real driver’s car, with none of the usual “modern” driver aids such as ABS, traction control or power steering but mid engined, rear wheel drive and light. It was like Toyota decided to build a back to basics car to compete with the MX5 with a bit of a super car twist, and did a damn fine job. The supercharged version being the icing on the cake. 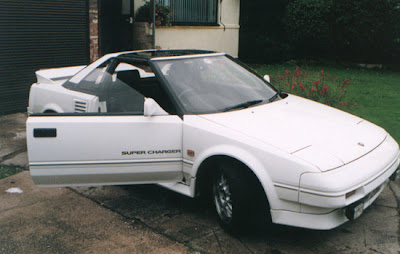 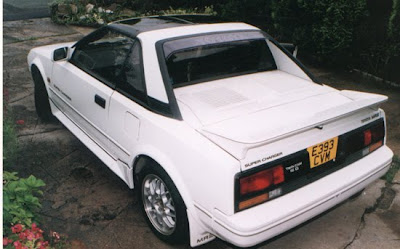 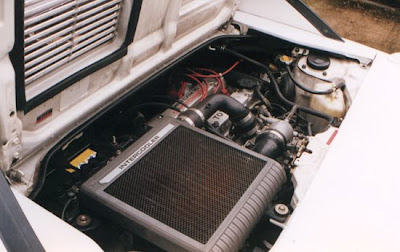 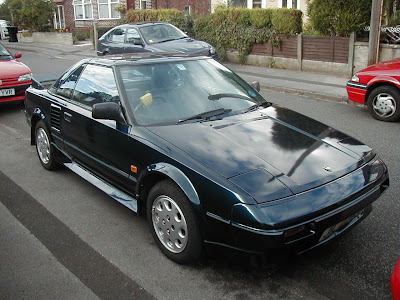 Email ThisBlogThis!Share to TwitterShare to FacebookShare to Pinterest
Labels: Toyota