When I was a young lad with my obligatory corgi car collection, well Quality Street tin full of them, there was one that stood out, my model of the Rancho. It was the coolest looking thing, off road looks but more tonka toy looking. Jump forward to 2007 and a run with the lads to the Classic Car Show at the NEC in Birmingham, the car we all stopped and spent some time with was a red fully restored Rancho (the blurred pic below) and the one thing we all said was “when I was younger I so wanted one of those”.

Having looked into them again recently I was surprised to find out it was only front wheeled drive and came with one engine, not a big old petrol guzzler to match its rugged body, but a fugal 1.4 with only 80bhp. Built to be a budget rival to the Range Rover for the masses, it didn’t really sell well and with plans to increase replace the engine with an injection unit with more power never coming to fruition the Rancho was finally put to rest in 1984. Another example of a car standing out from the crowd and still being able to hold its own some 30 years on. I’d have one tomorrow if I could find one that hadn’t rusted to nothing.

Oh and just one other interesting point, this is the car that lead to the Renault Espace, due to its construction, a full fibreglass body sat on a steel chassis!!!! 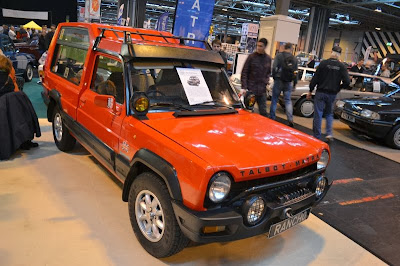 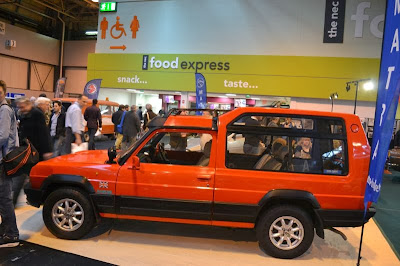 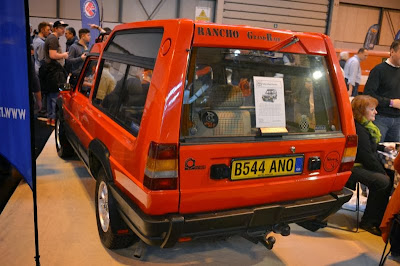 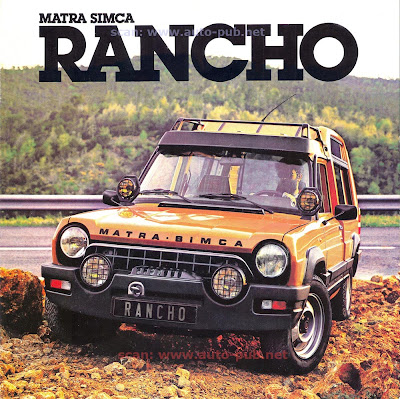 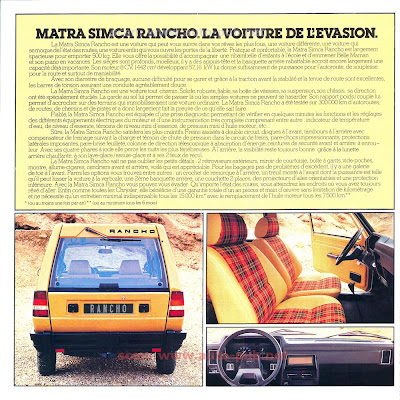 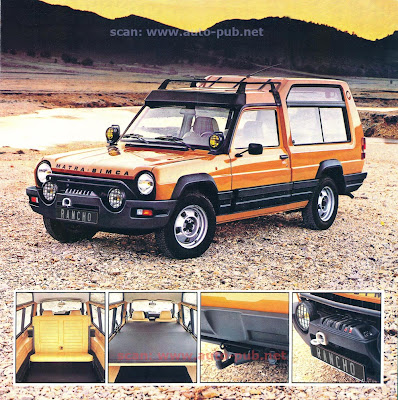 And my blurred pic that fateful day- 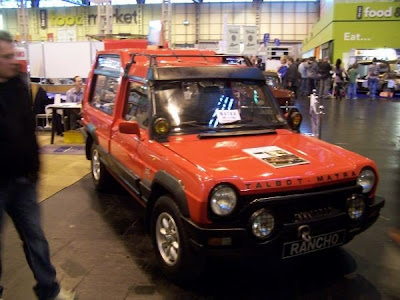 http://www.simcatalbotclub.org/rancho.htm
Posted by the petrol stop at 11:44 AM