The very name brings in to mind a romantic simpler time when cars were crafted and not designed for the masses. Rolls Royce’s, Maybach and Bentley rulled the roost with their large limousines or manly sports cars. In 1930's however Rust Heinz (member of the Heinz dynasty) decided to design and build a car that would be more advanced than its competition and rewrite the styling book, the car produced was The Phantom Corsair produced in 1938. Looking like its out of the 1950's/60's than the late 30's, it went away from the norm at the time having no running boards, door handles or exposed wheels. Even its chassis was a hybrid part traditional part space frame sat on independent suspension. It was even design to seat 6 people. With its aerodynamic body and 190bhp supercharged V8 it was capable of 115mph. It was planned to have a limited production run, but due to untimely death of Rust at just 25, the project never got past this prototype.

I think you'll agree it’s an awesome looking car that even today would turn heads and still has a modern feel about it with that swept back windscreen and stance. It’s like someone took the evil tyrants car out of the comic strip of the time, The Shadow, and built it for real. 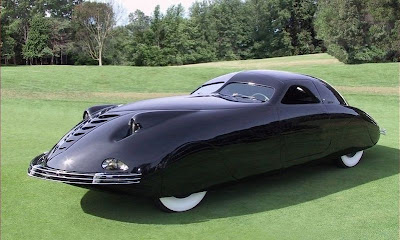 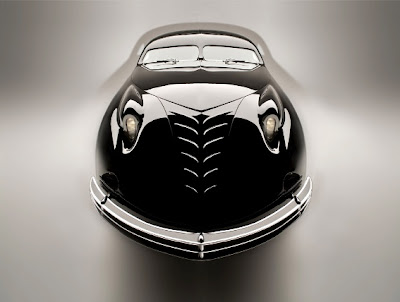 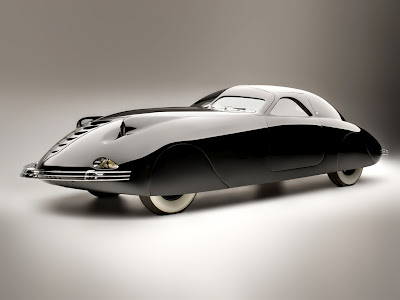 Email ThisBlogThis!Share to TwitterShare to FacebookShare to Pinterest
Labels: Prototypes