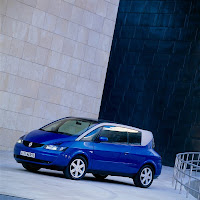 There are times when a car goes through the design process gets the thumbs up from the public and then gets the final approval for production and for some reason either the general public just doesn’t get it or simply doesn’t warm to the concept. One of these was the executive hatchback , the Sigmun, that Vauxhall decided to replace the Omega with!!!!!! Another one was the Avantime, looking back on it it’s hard to see why as it’s not to dissimilar with the new crop of cross over cars being produced. But in 2001 the “cross over” concept was relatively unknown to the public, a large 3 door car with softroad clearances and could comfortable seat 4 adults wrapped in a coupe style body should have been a winner, particularly when it can with a large range of engine options right up to a V6. But the public stayed away, I remember one report at the time saying at one point less than 90 had been bought in the UK, and when you take into account the dealers were forced into buying at least one as a demonstrator that didn’t leave much room for the buying public!!!!

Personally I love the look of it but why wouldn’t I buy one even now, well with having a family easy access to the rear is a must. I have no doubt with those huge doors this would be easy but I would shy away from it as a main car and go after its big brother the Espace. Before I had a family it looked a little to “grown up” which is a shame as this was the market Renault was after. So despite being forward thinking and by all accounts a great car it seemed to miss the mark or rather not do well together the things that alternative cars did perfectly individually. 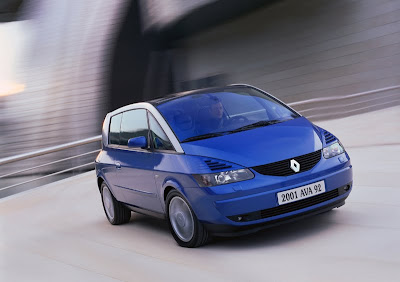 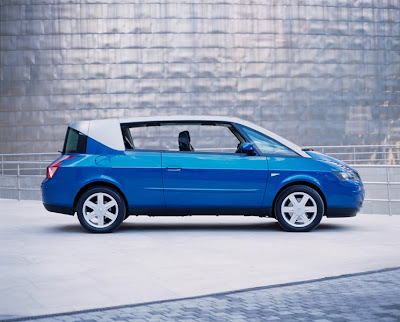 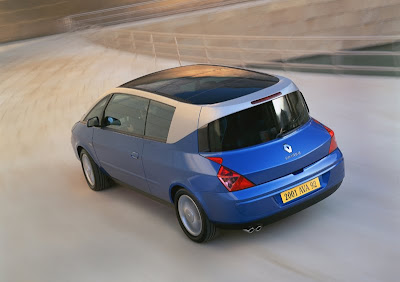 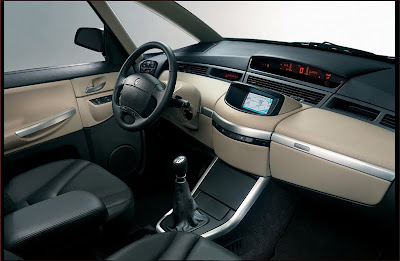 http://en.wikipedia.org/wiki/Renault_Avantime
Posted by the petrol stop at 1:24 PM