Most concept cars by design studios usually go for the supercar market with styling exercises with a high value badge on them. If it’s a major car builder there potential views on the companies future look.

Bertone however spent 30000 man hours building a people carrier, when people carriers were either Renault’s or converted vans with more windows!!!!! This was no ordinary people carrier, also called the Lamborghini Genesis due to many of the parts, including the V12 engine derived from the Countach. This 455bhp V12 was essentially mid mounted, partly under the 2 front seats. It also had gullwing doors for the front passengers and sliding doors for the rear allowing comfortable seating for 5.

It was first shown at the 1988 Turin Motor Show. How strange that 20 years later and sporty looking people carriers are all the rage in the mainstream. 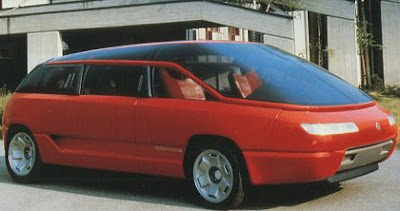 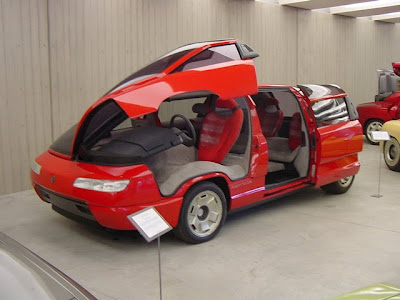 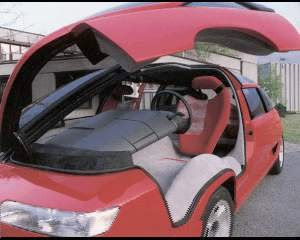 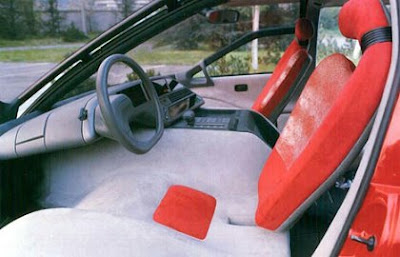 http://www.lambocars.com/archive/others/genesis.htm
Posted by the petrol stop at 8:41 PM