I was at work the other week in Manchester with the sun beating down sat at my desk looking out when to my surprise a Renault Spider drove up Deansgate. Whoever was driving it must have been confident on the weather as this is a convertible that didn’t come with a roof!!!! So it’s more a permanent sports car than daily driver. That’s not the only thing it didn’t come with, the windscreen also had a low level option.

Devised by Renault to run as an image making race series and sold to the public as a drivers car built around a lightweight aluminium chassis, the car only ran through half its planned production life. The Spider Championship however ran for longer supporting the British Touring Car Championship from 1995 till 1999 and no doubt other Touring Car Championships throughout Europe. Powered by 150bhp for street vehicles this was upped to 180bhp for track use. As a concept to production it shows it can be done with little compromise, including retention of its gullwing doors, however the lack of roof would have made this a very expensive weekend/track toy. 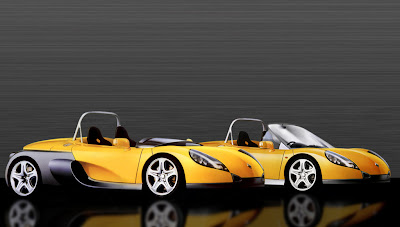 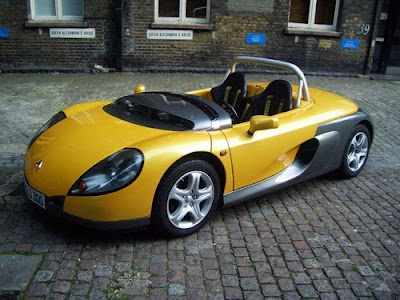 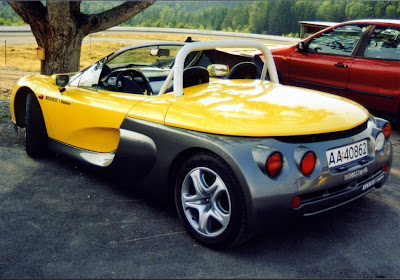 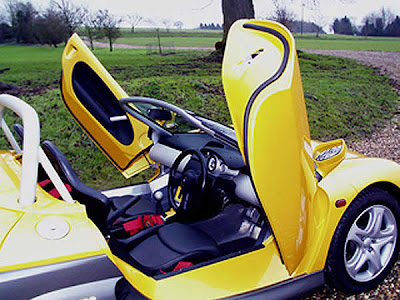 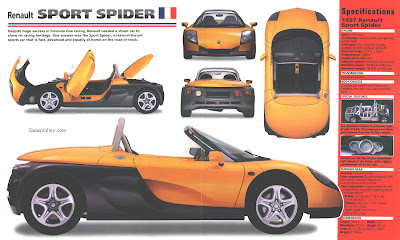 http://en.wikipedia.org/wiki/Renault_Spider
Posted by the petrol stop at 1:22 PM