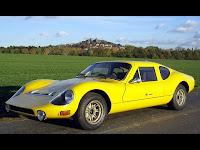 Melkus was sports car and single seater race car manufacturer in Dresden East Germany, they produced cars from 1956 through to 1986. The first road sports car built by this Soviet controlled company was the RS1000 between 1969 and 1979. This gull winged doored, mid engined fibre glass bodied car was powered not by a V8 like the Ferrari’s of the time but a 90bhp, 3 cylinder 2 stroke 992cc engine. Some later version were fitted with a 1200cc engine In total 101 were produced in its 10 year life with a further 15 special version built in 2006 to commemorate the 50 years of the company. As with a lot of Soviet “showmanship” of the cold war, this was a modern looking car with traditional, basic, almost off the shelf components. 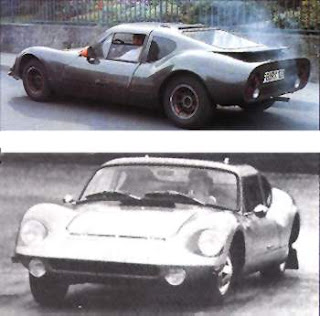 This is the limited reproduction version- 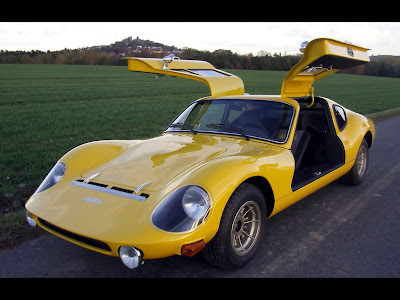 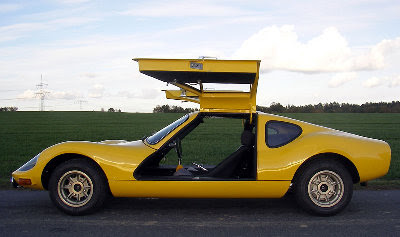 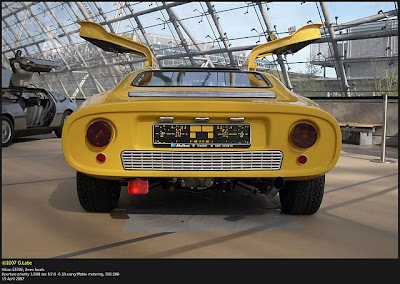 http://www.melkus-sportwagen.de/historical-cars-details/articles/189.html
Posted by the petrol stop at 10:11 PM

Email ThisBlogThis!Share to TwitterShare to FacebookShare to Pinterest
Labels: Melkus