This Swiss company Monteverdi built race cars through the 50’s and 60’s and in the mid 60’s decided to go into the luxury sports car market (super cars were still years away) up againt Ferrari and Lamborghini. There second car was the 450, deigned to have a production life of 49, only 2 were originally produced, the prototype in 1970 and one additional prototype designated GTS with some subtle changes to the handle position. The original car later had its moved to match this later car . In the 90’s 2 more were built from the spare parts only 1 (the original prototype) is in private hands and is currently up for sale following a full restoration, the last time it was sold in 2010 it sold for £398,000.
Powered by a Chrysler V8 which in mid mounted in the cab between the driver and passenger!!!! Just imagine the sound when you put your foot down, it was definitely no slouch and could comfortably keep up with its competition. Definately 70's sports car design excess. 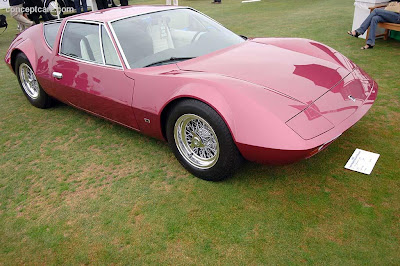 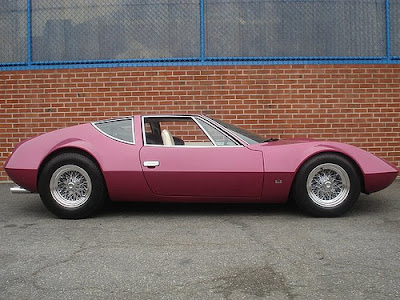 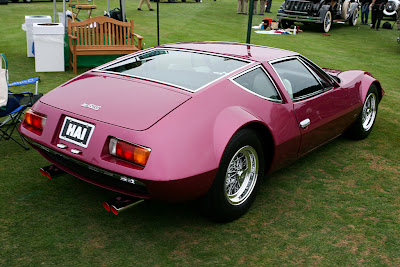 And that engine location-﻿ 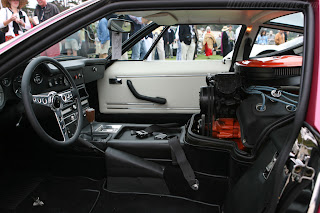 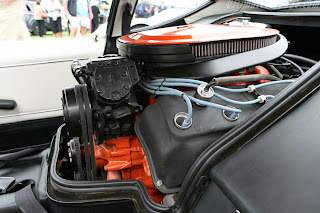 http://en.wikipedia.org/wiki/Monteverdi_Hai_450
Posted by the petrol stop at 10:13 PM

Email ThisBlogThis!Share to TwitterShare to FacebookShare to Pinterest
Labels: Monteverdi