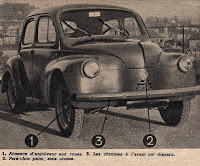 The 4CV had been around for a number of years when an economic crisis lead to a cut price version called the “Service” in 1953. Unfortunately the limited buying public didn’t take well to the reduction in the standard equipment, which considering this was 1953 meant even standard equipment was sparse at best, resulted in it only being on sale for a very limited period. So what equipment did Renault strip out of this version, well the grill, indicators, hubcaps, internal door handles (it was replaced with a pull cord, opening rear door windows and it only came with matt paint and the most basic of seats. At the time the French joked that the only way the spec could be reduced was to remove the wheels!!!!! So this is a rare car due to no one wanting it at the time. But as with most models the base models are always the rarest in the future as why would you keep one. On its plus side it had front suicide doors. 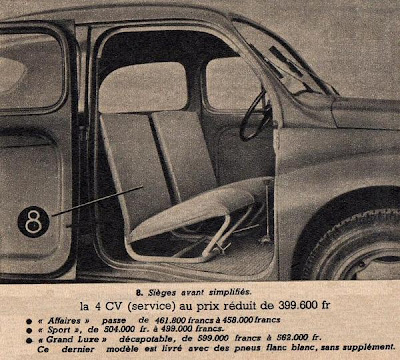 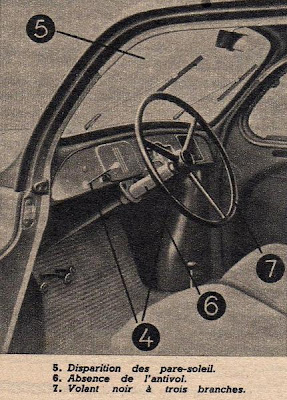 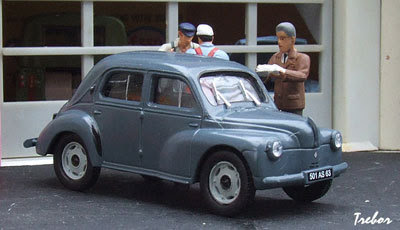 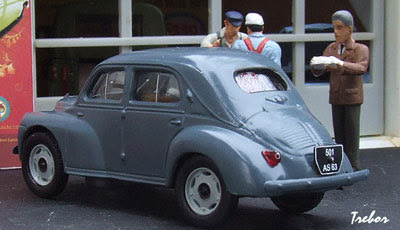 
For more information-
http://en.wikipedia.org/wiki/Renault_4CV
Posted by the petrol stop at 9:20 PM