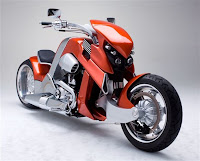 I remember when I first saw this bike on my usual internet trawl, it simply stood out like nothing I had seen before. I then discovered this was a production bike, built by the same man behind the Y2K , Christian Travert. First developed as the “Dream Bike” by mechanical futurist Tim Cameron as a 3D rendering, Christian brought it to life, keeping to the original design as far as possible. I think you'll agree he did an awesome job. This included developing a new aluminum chassis that also doubled as a fuel tank and that front end, which works similar to a rear swing arm arrangement. This looks like an all out custom with detail everywhere such as the indicators located in the end of the handlebars.
If I had my bike license then this would be on my wish list, along with a cafe racer. Its the ultimate cruiser, long (over 9” long), low (26” to the seat) and sooooo aggressive looking like Judge Dredd should be riding it. The price $40,000, yes only $40,000, sounds like a bargain for all that attention.
Tim Cameron’s Dream Bike rendering- 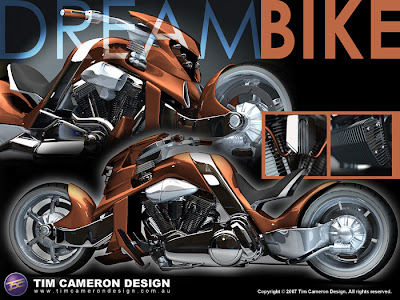 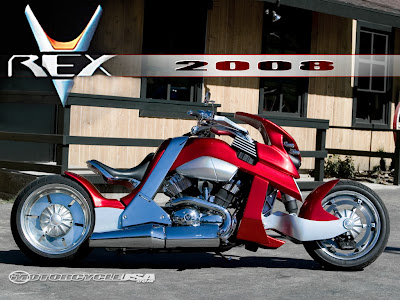 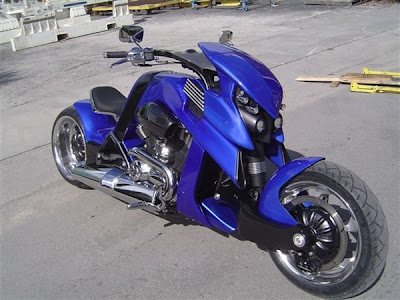 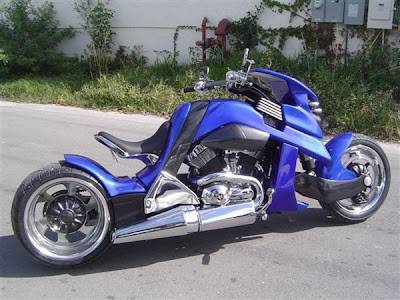 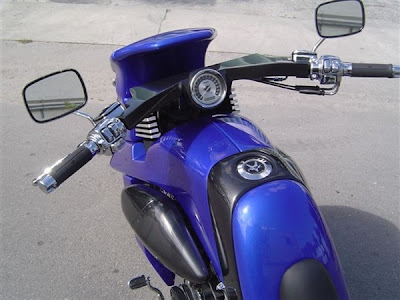 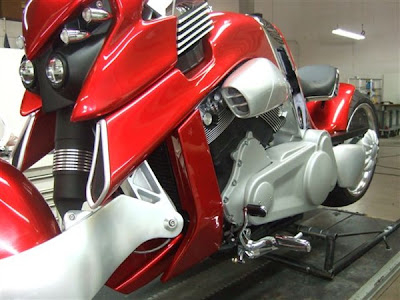 I'll take mine in black- 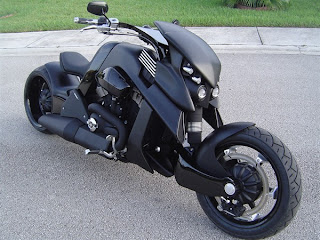 
http://www.motorcycle.com/manufacturer/2008-travertson-vrex-review-75546.html
Posted by the petrol stop at 1:10 PM

Email ThisBlogThis!Share to TwitterShare to FacebookShare to Pinterest
Labels: Bike