During TVR’s heyday in the 90’s, Blackpool were giving the public outrageous new models every year or so. Proper sports cars, with non of that driver aid nonsense like power steering, traction control and airbags. In 1997 it decided to expand into the super car market, there first and only excursion into this more competitive sector was the Speed 12. Revealed at the 1997 London Motor Show, to public and industry dropped jaws. With its light weight and 7.7ltr V12 producing 800bhp+, the only think that came close was the legendary McLaren F1!!!! Deemed at the time too powerful for its own good it was limited to 185mph. Also designed to go GT1 racing a change to the regulation as it was being readied meant it ridiculous power would have to be limited to 650bhp to compete, this linked with the eventual demise of the class, this was the nail in the coffin and deposits for the road car were returned and the project shelved. The cars that had been produced were broken for parts and for a short time it competed in British GT1 racing. The dream of La Mans never happened.

It’s such a shame, particularly looking back at TVR, it seems it was just too far ahead of the game, just think if things had been a little different Blackpool may still be making these awesome cars today rather than tehre being an empty factory.
I’ve struggled to get some decent pictures of the car, I thought such a much hyped car at the time would have promo stuff everywhere!!!! 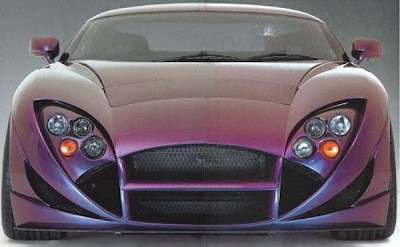 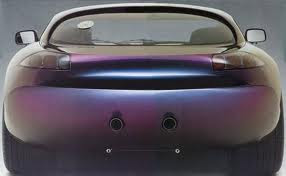 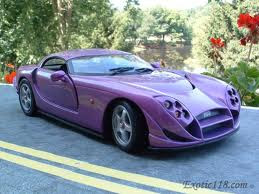 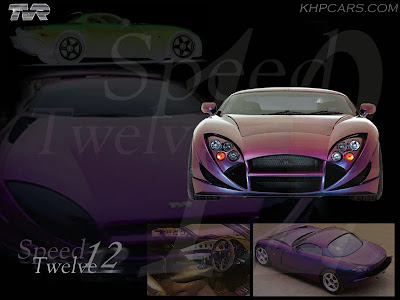 Email ThisBlogThis!Share to TwitterShare to FacebookShare to Pinterest
Labels: TVR