When the actual full name of “Safety Car One” is used, a mid engine, gullwinged doored sports car doesn’t come to mind. But that’s what Canadian car builder Bricklin did. The concept by owner/designer Malcolm Briklin was simple to make the safest car possible. All sounds good except all that safety equipment like inbuilt roll cage, shock absorbing 12mph bumpers, fuel tank protection and side impact protection added weight, alot of weight the SV1 weighed in at 1600kgs. As a result the 175bhp V8 didn’t give the car the go that went with its coupe glass fibre body. The only thing the SV1 didn’t come with was a cigarette lighter and ashtray as Malcolm believed smoking while driving was dangerous. In truth the company ended up selling all of the 2854 cars at a loss or near as damn it.
The 1000 cars a month production never happened, due to poor build quality, supply issues resulting in a constantly changing drive train, and leak/reliability problems with the doors and rising price. Originally projected at $4000, the last were sold for a little under $10,000. The company was finally wound up in 1976 after 2 years leaving a very interesting car that still has a huge following particularly in its native Canada and the Bricklin $23m in the red. 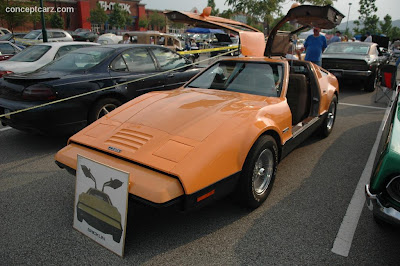 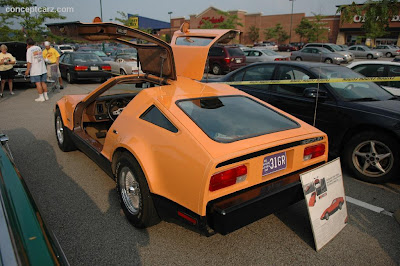 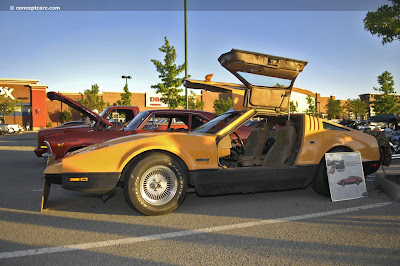 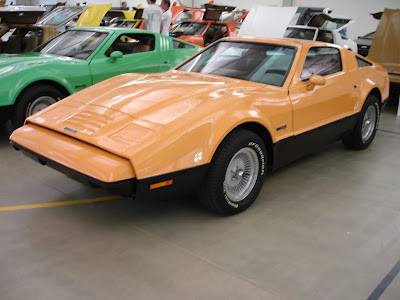 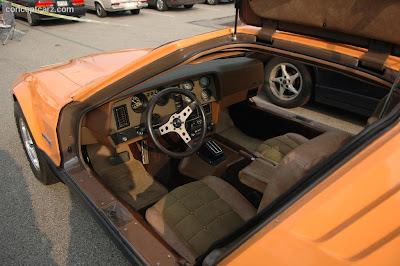 Email ThisBlogThis!Share to TwitterShare to FacebookShare to Pinterest
Labels: Bricklin