Back in a more innocent time when the world wasn’t available on Google Earth to be explored in your lunch hour, explorers really went into the unknown and the public waited with baited breath for snippets of their adventures.
In order to tackle the unknown terrains where everything could be thrown at you preparation was paramount. In some cases this meant building a vehicle that was capable of taking on everything the Antarctic could muster. After all back in 1939, with no helicopters or communication other than radio, if you got in to trouble you were on your own.


This beomouth of a vehicle was built as a mobile outpost for exploring the Antarctic. To further it 5000 mile range it had a plane sat on top to explore further. The Snow Cruiser cost $150,000 and took just 11 weeks to build before it set off on a 1021 mile shack down drive from Chicago Illinois to it transport ship in Boston with all the pomp and ceremony that the USA could through at such things. At command was Admiral Byrd.
The whole mission though is surrounded in mystery though with all the whoa har surround its building and drive and even getting to the ice beyond this there’s not mention of it or the exploration. There’s even suggestion that the mission was a direct response to rumours that Germany was also exploring the region.
I recommend that you read both of the links one on the Cruiser and one on Admiral Byrd. Having looked into it further it looks like the hopes resting on this vehicle didnt come to fruition and the 30 tonnes mass was just to much leaving ti crawl to the basecamp at a snails pase due to it sinking into the snow. Once there it was effectively retired and a snow block shelter was built to store it. 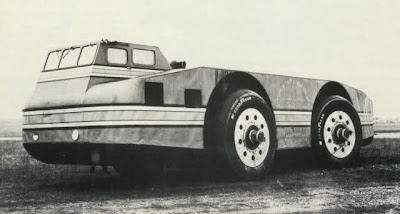 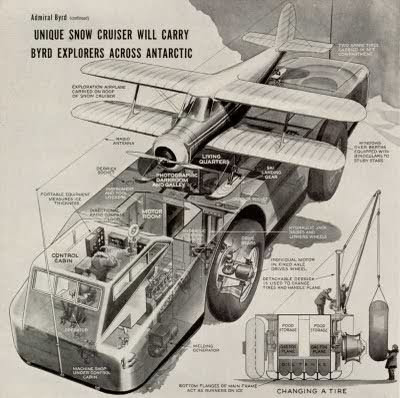 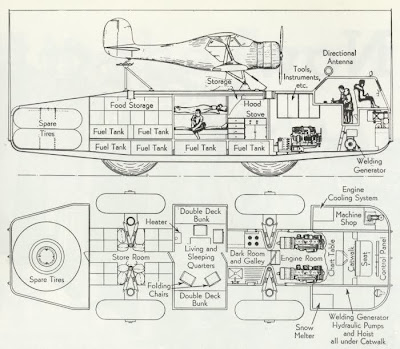 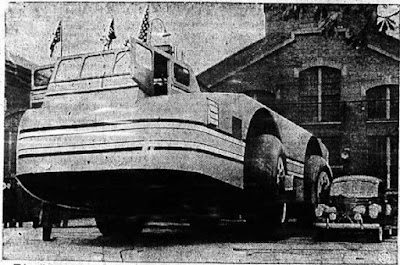 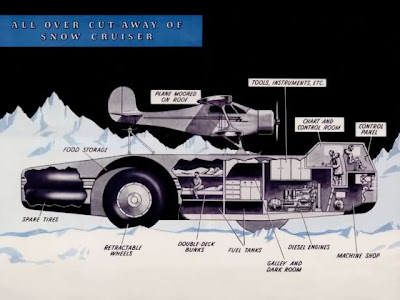 
http://www.bibliotecapleyades.net/tierra_hueca/esp_tierra_hueca_18.htm
Posted by the petrol stop at 12:56 PM

Email ThisBlogThis!Share to TwitterShare to FacebookShare to Pinterest
Labels: 4x4