The VW Beetle chassis and running gear is a versatile piece of kit being transformed in to a variety of different looks with the use of a different body (Nova), but this has to be one of the coolest. Curtis Brubaker picked up on the idea when he was running his small design studio, that there were a lot of the surfer kids running around in VW Vans, the idea of an alternative vehicle concept stemmed from that. He decided to build a concept for a kit car based on the Beetle, the reception he got when he showed it at the Los Angeles International Motorsports Show in the early 1970’s. The single door, boxed concept went down a storm and plans for production began.
With the front and back windows moved over 2’ from their original positions lots of additional room was created even though it stood only 53" tall. Unfortunately VW wouldn’t supply the component he needed direct so full car had to be bought, stripped and spare parts sold!!!!!! The plan at the start of 1972 was to start the 5 cars per months running up to 400 a month within the year, however issues with VW and investors production stopped shortly after when the company filed for Bankruptcy.
That’s not the end of the storey, one of the investors, Mike Hansen, set up Automecca and using the molds started to once again produce his “Sports Van” version of the Box. Sold as both fully built and kit, about 20 kits a month were produced, production was to run till about 1500. Unfortuntalty at some point production stopped and the moulds were sold again. Fingers crossed production starts again of this unusual looking “mini” van, with its dune buggy looks and practical size it was built for the beach. 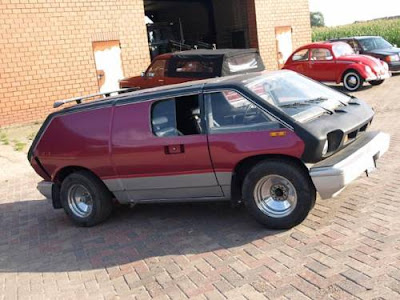 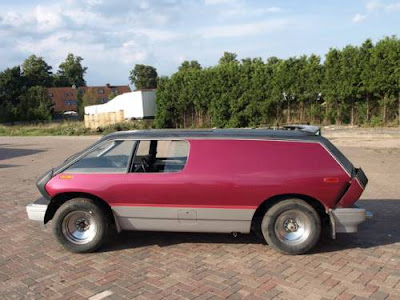 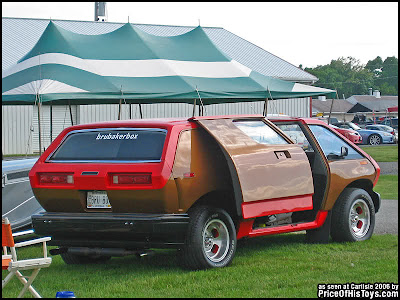 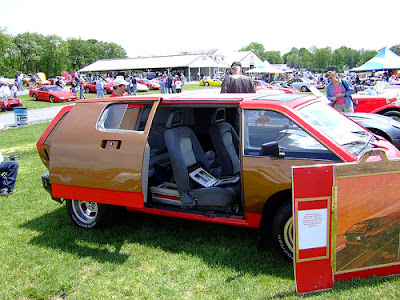 For more information-
http://www.rodster.com/articles/BrubakerBox.htm
Posted by the petrol stop at 1:26 PM