This F1 car holds a very important record, it was the only 4WD car to win an F1 race at Oulton Park in 1961 at the hands of Sir Sterling Moss. Granted it wasn’t a championship race but it was an F1 race none the less. Now 4WD is banned it will never happen again.

Ferguson had been supplying 4WD systems for cars (Jenson Interceptor FF) and heavy vehicles since the early 1950’s and believed it was now refined enough for a race car. Out of the box it was a handful not scoring to well then Moss took it out testing and changed his driving style to suit the 4WD system, obviously it worked!!

In order to get the prop shaft from the gear box to the front the engine had to be mounted at an angle to allow enough room, other innovations on the car were anti-skid brakes and near as damn in 50:50 weight distribution. It’s a shame subsequent drivers couldn’t get the drive out of it, it obviously could do. By 1964 however it got its next wins, not on the track but in hill climbing with Peter Westbury at the wheel taking the British Hill Climbing Championship. With was with a larger 2.5ltr engine fitted.


The car has recently undergone a full restoration and in 2006 at the hands of Moss once again did a turn at the Goodwood Revival.

A very unique race car that reminds you when engineering and innovation was a quickly evolving business in racing pushing the boundaries. 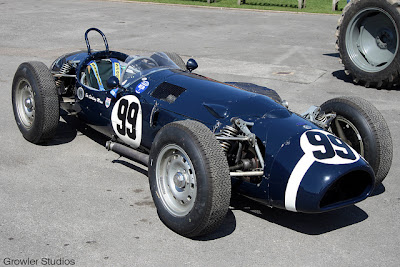 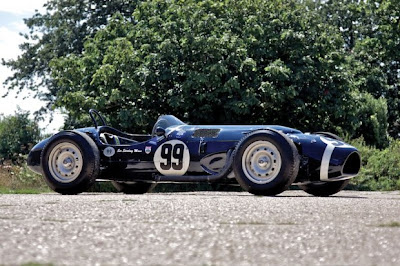 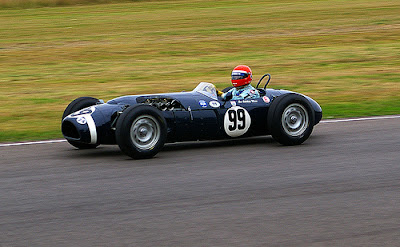 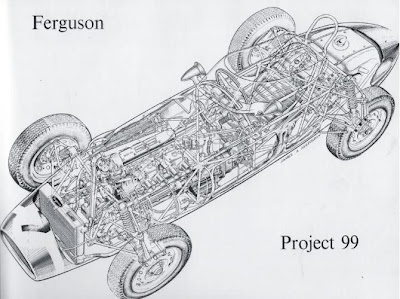 http://www.ultimatecarpage.com/car/2911/Ferguson-P99-Climax.html]
Posted by the petrol stop at 1:05 PM