Considering it shares the same name as a similarly aged car the Mantis it thankfully doesn’t share its challenging looks. In fact you would think they were built by different companies. This single XP however was built to race at Le Man’s. Powered by a 3ltr V8 Brabhams F1 engine housed in a wooden chassis draped with fibreglass and Perspex this truly is a think to behold.


Unfortunately the racing life it was built for was short lived, only going out once in Spar in 1969, where due to the rain it didn’t finish. The windows were not sealed even after drilling holes into the bottom to let the water out, the electrics gave out.
The car was extensively restored recently and graced the Goodwood Festival of Speed in 2010. It looks awesome with those low cut window filled sides, menacing front and angles and low slung body, fantastic. 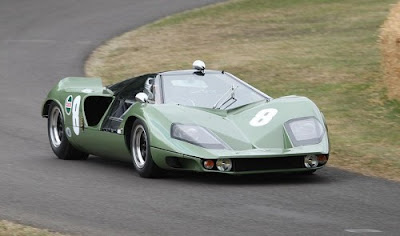 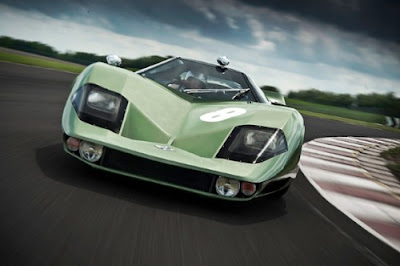 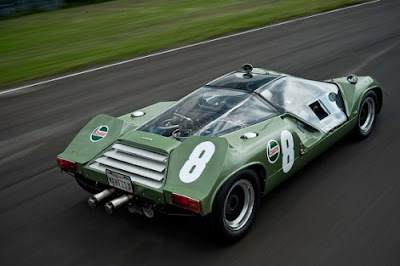 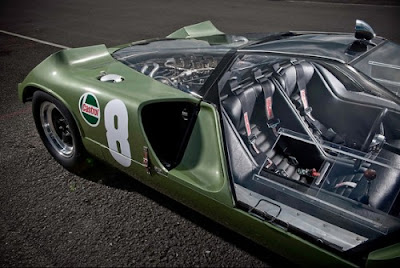 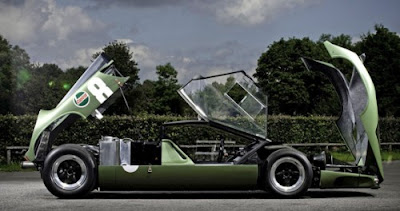 For more information-
http://www.rory.uk.com/mantis_xp.htm
Posted by the petrol stop at 12:48 PM