It was an episode of Top Gear, Jeremy Clarkson was testing the latest BMW coupe, the Z1. In his then more restrained style he went though the usual characteristics and numbers but the part I remember most was the doors. No standard, suicide or gullwing ones here, no they sank down into the sill, awesome.

Sold between 1989-1991 following its Frankfurt debut in 1986, only 8000 were built with the majority (over 6000) being sold in its native Germany. Powered by a straight 6, 168 bhp engine outfront. This 2 seater coupe with its drop top and retracted doors certainly give that open to the elements driving experience. I have a real soft spot for this car. 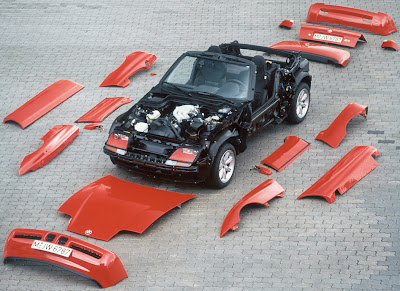 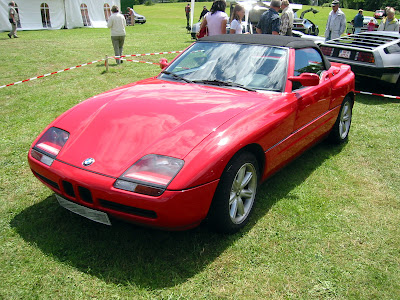 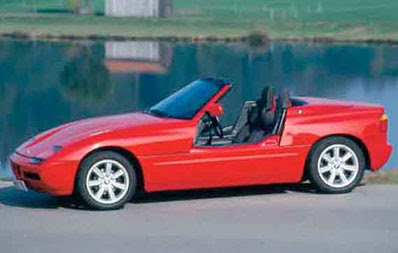 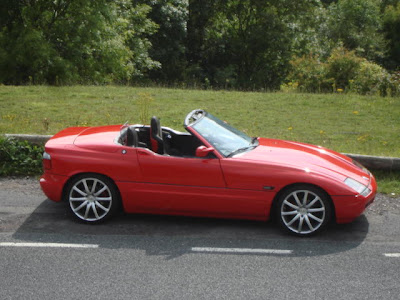 Email ThisBlogThis!Share to TwitterShare to FacebookShare to Pinterest
Labels: BMW