Any car that comes with a challenge has to be something special, the challenge was for any other production to beat it round a track and $25,000 would be yours, when the more powerful version was built this increased to £100,000. From what I gather the prize was never collected. The premise behind this track/road car was simple, take an average engine (Chrysler’s turbo’d 2.2 litre four-cylinder) found in many American minivans etc and bolt it into the middle of a light body and chassis.
The result, a car that can do 0-60mph in 5 seconds and will keep going until 150mph. With questionable looks there’s no denying its performance, eventually being forced out of racing by rule changes to stop it competing by IMSA!!!!!! Molser’s website had the following comment-
After dominating local SCCA races and winning the 24 hours of Nelson Ledges in 1990, Mosler Automotive entered the IMSA Supercar World with 4 silver Consulier Series II GTP's debuting at Lime Rock in 1991 with pole position and a victory. At just 2100 lbs, this 5 speed, 2.2 liter turbo with about 195 hp easily outpaced the other, more powerful but heavier cars, including Hurley Haywood in a factory Porsche Turbo, Boris Said in a Callaway Twin Turbo Corvette, Stu Haynor in a Firebird, and Jim Minnaker in a factory ZR1 Corvette. It was subsequently announced by IMSA that it was not in the best interests of the series for Consulier to win at which time they added a 300 lb weight penalty and finally banned the Consulier GTP from the series. The GTP remains an exceptional sports car and can still outpace most of today's production cars.
In all just over 100 examples were built between 1985 and 1993 with ever increasing power and luxury, and yes those are the fans for the radiator on the rear. 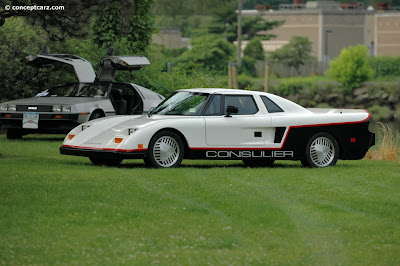 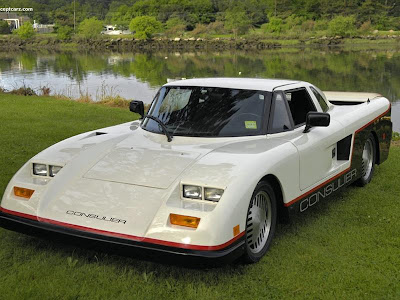 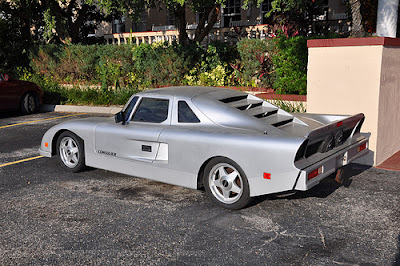 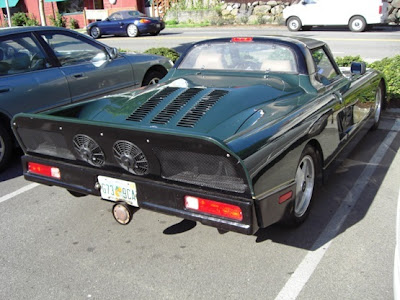 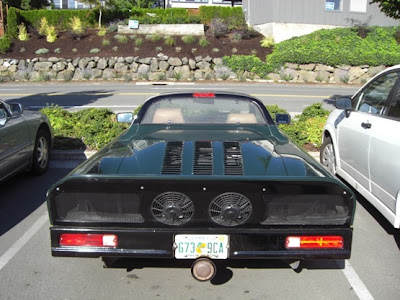 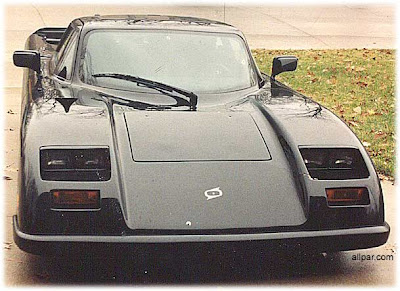 For more information-
http://www.allpar.com/cars/adopted/consulier-gtp.html
Posted by the petrol stop at 1:24 PM

Email ThisBlogThis!Share to TwitterShare to FacebookShare to Pinterest
Labels: Mosler