Thanks to the French Government coach builder Henri Chapron had acquired the tooling from building 2 long wheelbase convertible SM’s for the President. He then decided to take the luxurious 2 door SM Coupe and extend it by 12” to a create a 4 door saloon. Due to its hefty price tag of 165,000 francs in 1972 and probably the sudden rise in fuel prices needed to feed its Masarati V6 engine only 8 examples were built over the next 2 years. Fitted with all the luxury expected from air conditioning and leather to that oh so French air suspension. The final look of the car is not one of a car that’s been extended and looking awkward but one that has had its lines perfectly extended so much so you wouldn’t think it was a custom car but one produced by Citroen its self. 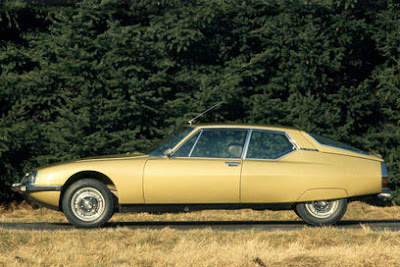 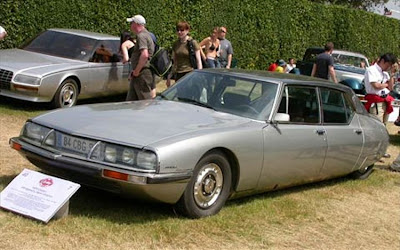 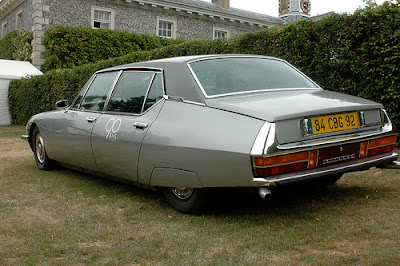 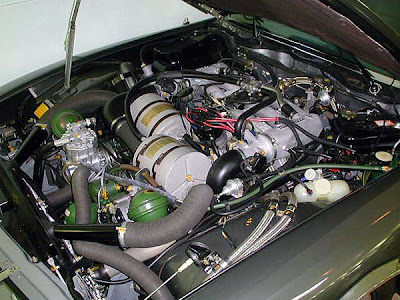 Email ThisBlogThis!Share to TwitterShare to FacebookShare to Pinterest
Labels: Citroen