Clan a Northern Irish company set up in the mid 1970’s had already had a fibreglass bodied kit car in production since 1974 but in 1984/5 it step it up a gear with the Clover improving the Clan car. A Alfa Romeo 1.5ltr flat 4 engine gives this car the Clover in its name and gave the mid engineed car 105bhp and a top speed of 125mph. In total 26 cars were produced, 6 kits and 20 completed production cars before the company folded in 1987. This may also have had something to do with Alfa Romeo not being happy with Clan using its badge!!!! Its full of 80’s excess, pop up lights, spolier and huge rear arches. 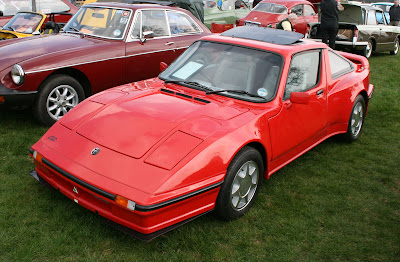 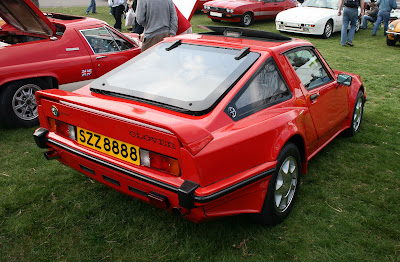 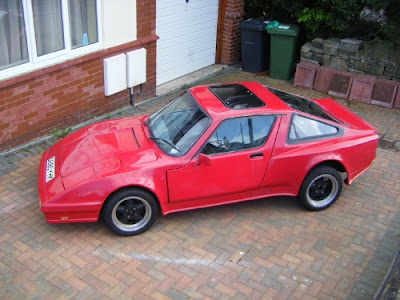 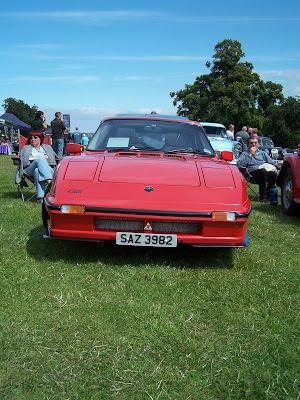 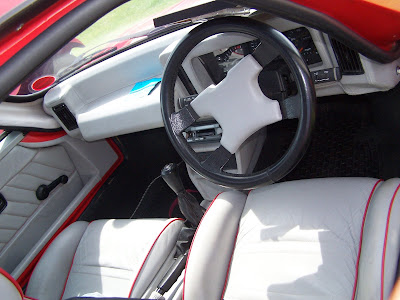 For more information-
http://en.wikipedia.org/wiki/Clan_(car)
Posted by the petrol stop at 9:08 PM