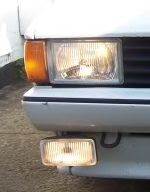 The fog light an aid to the driver to help him see in foggy conditions nothing more than that you may think but in the heyday of 70’s and 80’s they were a status symbol. Today’s fog lights are blended in to bumpers but back when they mattered they were bolted on, a visible reminder that the driver had ticked the optional extra box for such an item. This demand by the public resulted in some after thoughts on how to get them onto the car once a clean design had been done. You only have to look as far as the MK2 VW Scirocco to tell they were no not included in the artist impressions for the coupe. So what drove this desire for Jo Public to want them, simply supercars. In the wedge era they were an essential addition. Think about the Ferrari 308 and Lamborghini Jalpa. 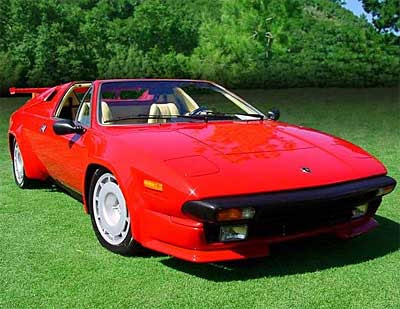 This made then cool and therefore by bolting them on to a Cortina or Capri would only make that car and driver cooler. The very look of a higher spec car in these days was based on chrome trim, number of letters/numbers that followed the name (you know GLXI 8v Sport) on the boot and most importantly those 2 lights hanging below the bumper. Strangely enough the opposite has happened these days, with supercars doing away with unnecessary weight and using the space for air intakes, this has translated on to the top sport models on general production cars with Jo Public no longer desires these, wanting large grills instead. However the desire of additional light is still there in a reduced now legal form, fogs are out of fashion, day light running lights are the new kid on the block. Just have a look at the variety and position of those all important lines of LED lights on modern motors next time you’re out and about.
Posted by the petrol stop at 8:55 PM