There’s one memory that in the UK clearly divides the generations and that the sight of a little 3 wheeled blue car on the streets and more accurately parked on double yellow lines. When the NHS was wet up in 1947 one of the tasks was to provide transport for mobility impaired patients, this was undertaken by the Invalid Vehicle Service. The 3 wheel layout had been round since the early 20th Century but a change in the law meant road worthy exceptions to what was classed as a car could be built.
The most iconic of these was the Model 70. With its 500-600cc engine, distinctive bright blue glass fibre body and handlebar controls stood out in the crowd. Its large sliding door allowed access for disabled drivers. Over 21000 were built and provided free of charge but concerns over safety, crash resistance and stability meant the car was taken out of production in 1977 and slowly phased/handed back out over the next 30 years as they reach the end of their natural life (the last one was handed back in 2004) replaced with customised production cars. I know half the people reading this will be saying “I remember those” the other half will be looking in shock. 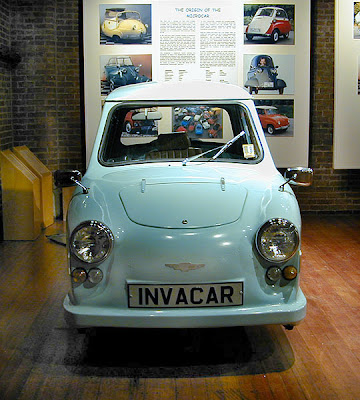 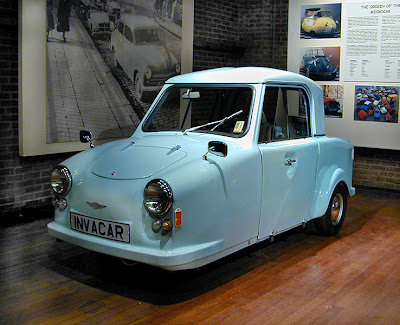 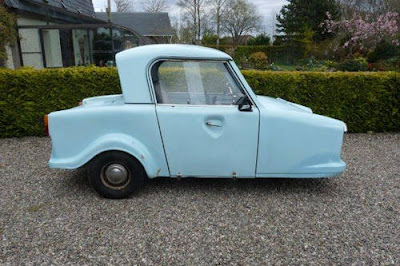 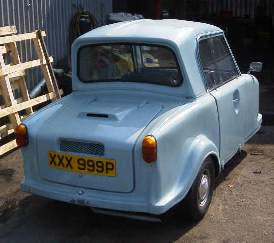 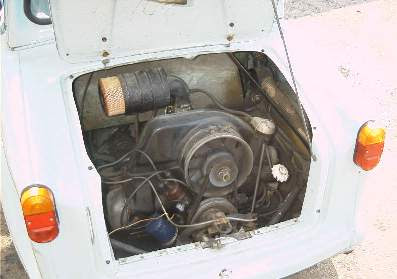 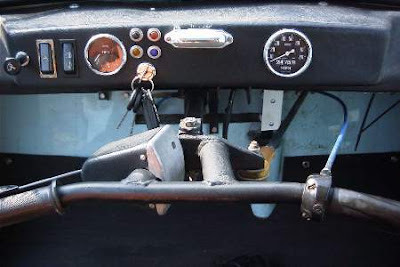 http://www.3wheelers.com/invacar.html
Posted by the petrol stop at 12:50 PM

Email ThisBlogThis!Share to TwitterShare to FacebookShare to Pinterest
Labels: Invacar