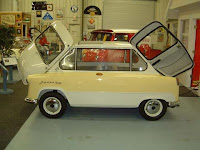 In the early 1950’s peoples expectation of private transport was changed, after the war a motorbike was deemed enough, but now comfort and more importantly staying dry was a requirement. This was at the time of the micro car explosion with low weight and usually scooter engines fitted meant cheap motoring for the new generation. Zundapp a German scooter manufacture decided to jump on the band wagon. The result was the Janus (from the Roman God) with its front and rear facing seats and doors it was mid engine with the 248cc scooter engine nestled between them. Comfort was assured due to the Macpherson strut suspension and excellent build quality, this though added weight, to much as it would be for the 14bhp the engine produced. The seats could even be laid flat to create a bed. Total production was just over 6900 over 18 months between 1957-8 nowhere near the 15000 a year that was expected just to break even. 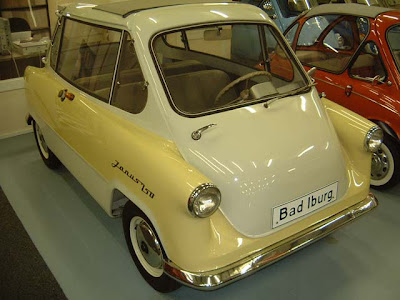 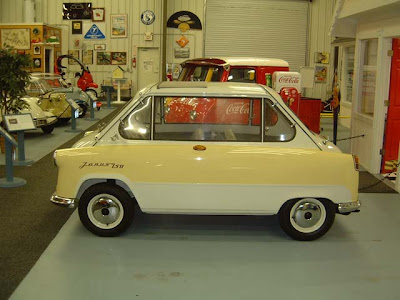 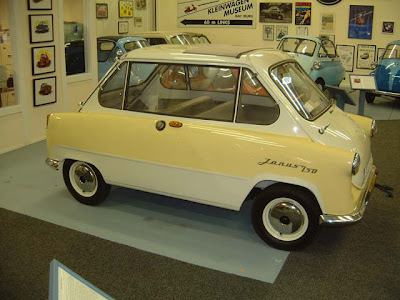 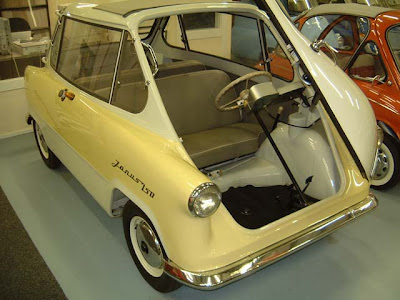 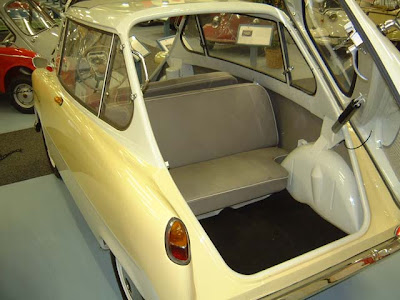 http://microcarmuseum.com/tour/zundapp-janus.html
Posted by the petrol stop at 1:17 PM