At the height of the disaster movie rule the spoof of the disaster movie was born. The first (before Airplane) in 1976 was The Big Bus, simply a nuclear powered double decker, bendy luxury bus that could go from New York to Denver non-stop. Equipped with everything that could be needed, bowling alley, piano bar, pool, moving tyre replacement function etc the usual hi jinks happens, sabotage, milk carton fight, pickup being attached to the side!!!!!!
Cyclops, named after the single huge light on the front is no doubt the star of the film and you’d expect the studio to have spent time and money on making sure not only did this huge working prop look right but also planned it construction meticulously . This couldn’t be further from the truth, with 2 trucks the design department eyed it in building as they went along resulting in this 2 part vehicle. In fact it wasn’t a real bendy bus the two half’s could be uncoupled and driven independently. There were however some features that were real, the dual drivers controls works, the lounge bar above the cockpit was actually fully working. For safety the 2 halfs could also be uncoupled while driving.

I’ve included a much more detailed extract from a magazine about its construction etc but this has to one of the largest props ever built and especially on spec in with no steering from a design department. Unfortunately it doesn’t exist anymore being scrapped soon after the film debuted. 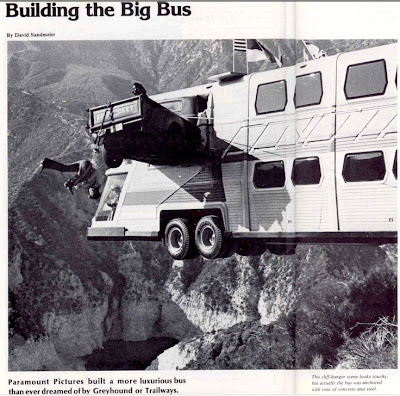 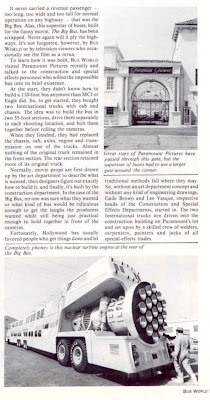 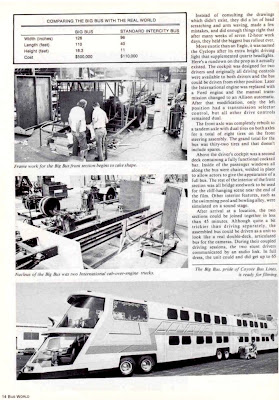 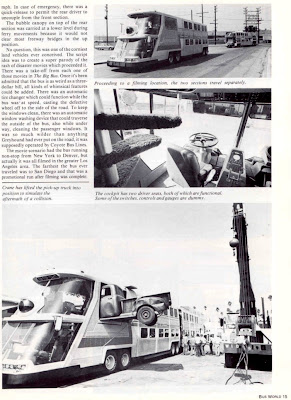 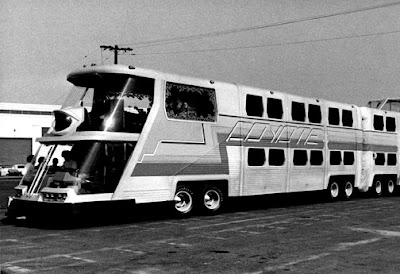 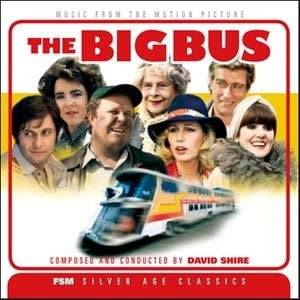