Monica was intended as a luxury brand to rival Citroen’s SM, created by Jean Tastevin, a French industrialist and named after his wife in the early 1970’s. In reality the only French thing about the car was where it was built. The concept/prototype car was designed and produced by Chris Lawrence at C.J. Lawrence Consultants of  Hammersmith, London, England. Even the engine in the later prototypes was a Chrysler 5.6 l (340 in³) V8 engine. Through a manual gearbox. This 4 door 4 seater saloon was debuted at the 1972 Salon de Paris, and production began in 1973, unfortunately due to the fuel crisis it stopped in 1974 with only 8 production cars built, and 22 prototypes. There’s no denying the luxury of the interior, just look at the dash. Its Italian lines don’t disappoint but at a time of harder lines in car design it just seems a little dated, a little late 1960’s. 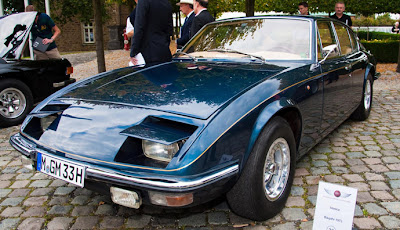 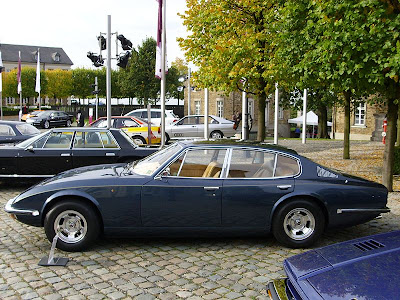 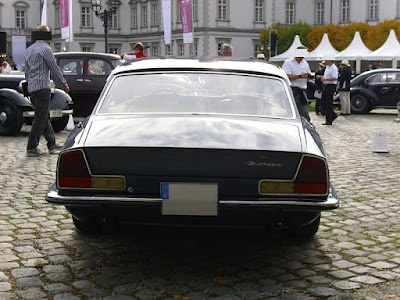 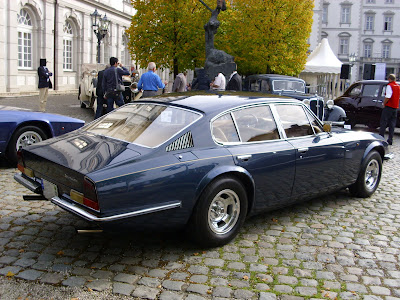 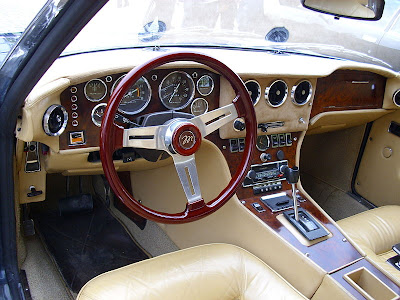 http://en.wikipedia.org/wiki/Monica_(automobile)
Posted by the petrol stop at 9:03 PM

Email ThisBlogThis!Share to TwitterShare to FacebookShare to Pinterest
Labels: Monica