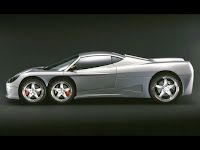 Getting into the supercar market isn’t easy, you need that x factor, something different from the rest, for Zonda it was an outrageous body, Audi bullet proof reliability but making your car stand out from the crowd these days isn’t easy. So how does another set of front wheels!!!!! Taking its cue from the Tyrell P34 Formula 1 car it has 4 steering front wheels. This is sold by adding added safety ie twice the traction, twice the braking and more stability in the event of a tyre blow out.
I remember reading that the braking system was set up so in wet conditions the front 2 wheels would deliberately lockup, allowing the rear 2 wheels to gain added braking traction on the dry lines that would be created!!!!!!! The car its self was no slouch powered by a 4.2ltr V8 putting 400bhp on tap to the rear 20” wheels that would drive it upto 185mph. originally debuted in 2004 a production version was made available in 2005 with some slight revisions and named the PMI Covini due to the collaboration in its development between then. To date approximately 6-8 cars a year have been produced. 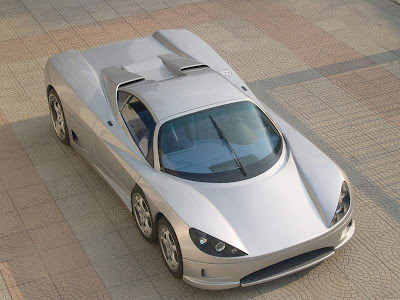 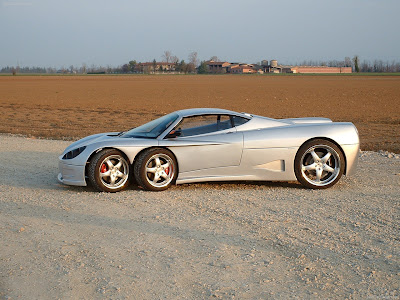 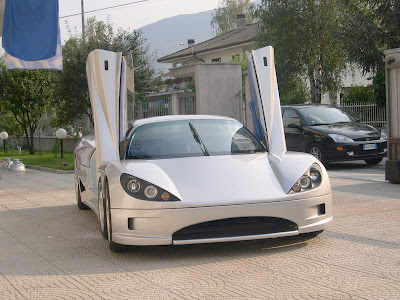 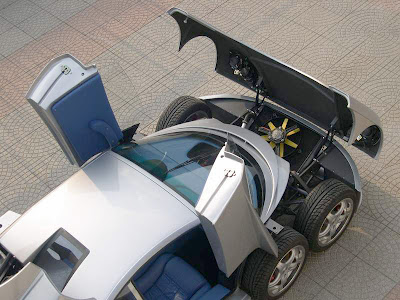 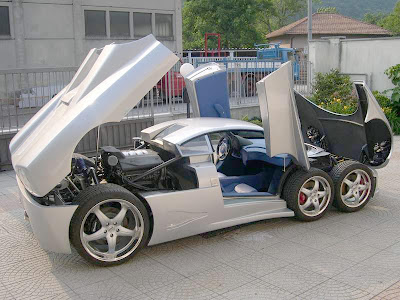 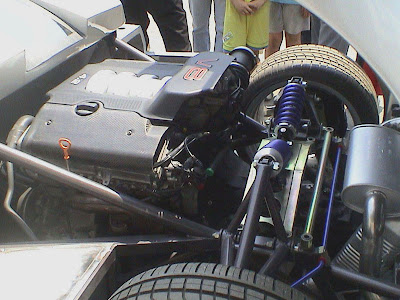 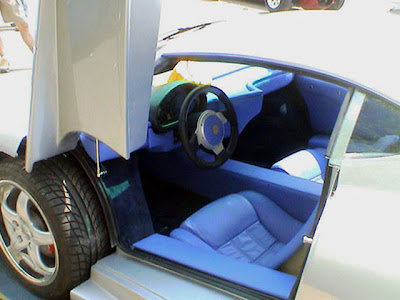 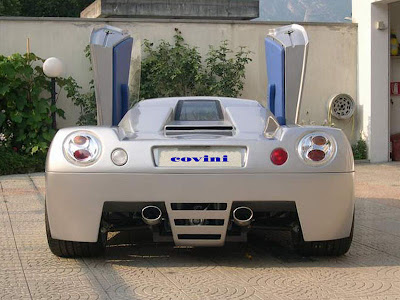 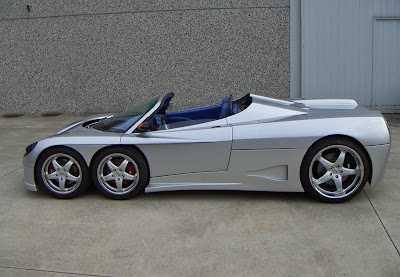 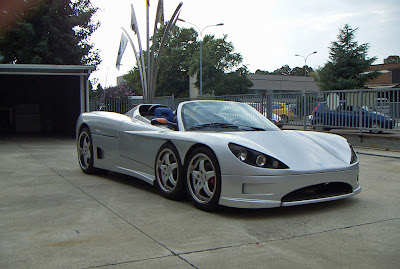