Back in 1969 with the off roading movement growing Kaiser Jeep (the current owners) built s concept based on the 81-inch-wheelbase CJ-5 Universal Jeep chassis but with a sporting fibreglass body and interior. This was meant to be both a 4x4 and hold its own on the tarmac, a crossover vehicle if you will. It was certainly daring in its looks and with Jeep underpinnings could do the job.
After a debuting at the 1970 New York International Auto Showit toured the US, unfortunately it was consumed by a fire when its transport vehicle came of the road and that’s where its short life ended. Although Jeep’s new owner AMC didn’t really know what to do with it or have the funds to develop it into a production vehicle. Defiantly one of those unusual cars, form a manufacturer that’s known for “if it ain’t broke don’t fix it” styling. 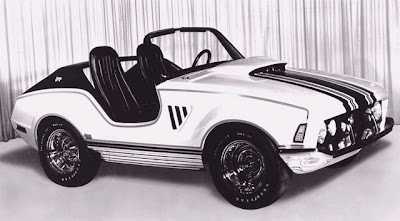 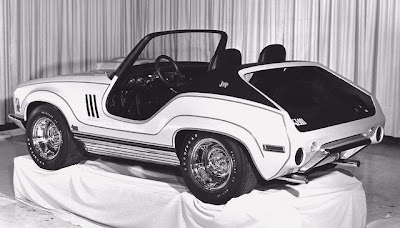 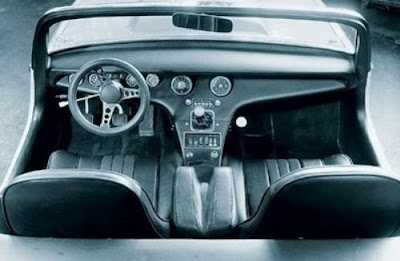