In the mid 90’s a new type of convertible came onto the general market, the hard top type that stowed in the boot. Leading the way was the little Mercedes SLK in 1996 and then Peugeot sold it to the masses in its 206CC in 2000. But a little known company, Keinath Automobilbia in Germany, had its own version that may have piped the Mercedes to the post. The GTR was let loose on the public in 1996 till 2000 in limited numbers, approximately 38 were built.
With its coupe looks and modern style retractable roof it should have given all the competition a run for its money. After all Keinath knew what they were doing, from the mid 80’s they’d been taking Opel’s and Vauxhall’s and turning them in to soft-top convertibles. The GTR though was its first fully built car, granted it had mainly Opel/Vauxhall sourced underpinnings, encased in a fibreglass body with a choice of engines between 2ltr to 3ltr. 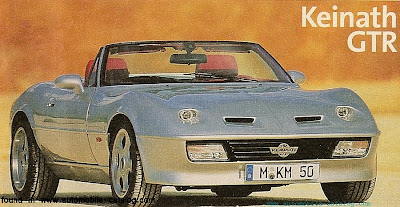 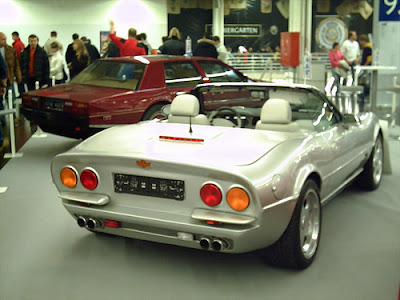 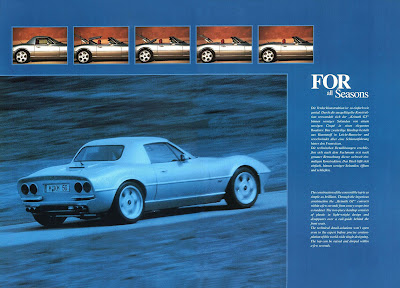 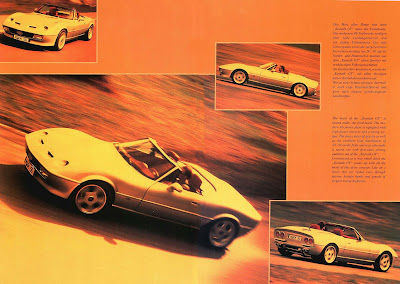 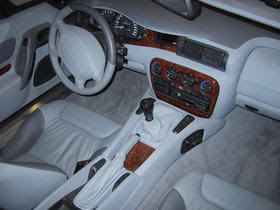 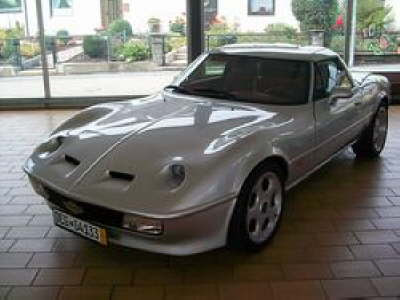 Email ThisBlogThis!Share to TwitterShare to FacebookShare to Pinterest
Labels: Keinath