Confederate Motorcycles have to be one of the coolest production bike builders in the world. The P120 Fighter is one of their current offerings and I think you’ll agree it looks like nothing else on the road, looking for custom than production. Powered by a 2ltr twin with 160bhp, there’s power to back up the looks. The over engineered frame and bespoke no-nonsense details make this bike so purposeful and aggressive looking.
Defiantly built from the philosophy of “if it looks right it is right”, designed for performance and power rather that looks and paint schemes. If something can be made a different way then why not, just look at the oil tank on top of the fuel tank with windows in each end so you can see the oil. At $72,000 is not exactly cheap but with a limited production run of 62 bikes it will be rare. An awesome bit of kit I think you’ll agree and I’ll definitely be back looking at the other bike produced by Confederate. 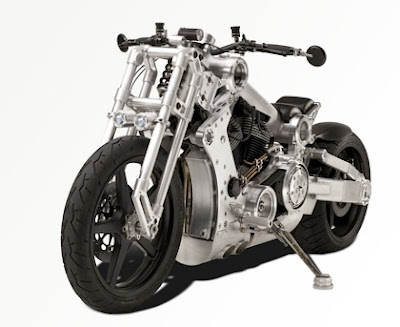 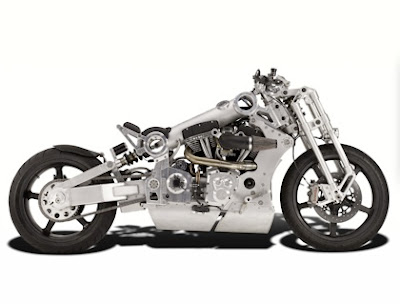 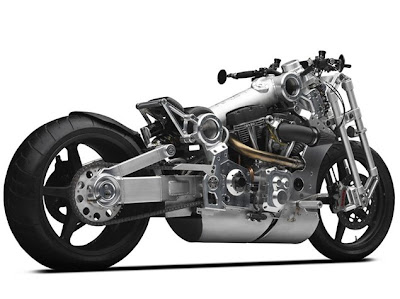 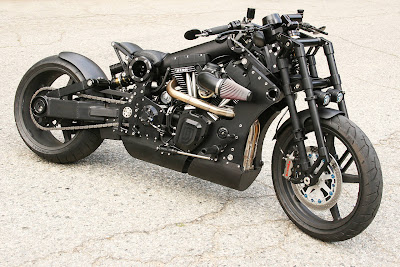 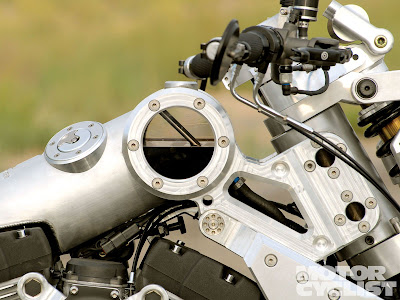 For more information-
http://confederate.com/motorcycles/fighter/
Posted by the petrol stop at 8:17 PM