If you had the skills at hand and wanted a camper van you would surely build something extra special, so when Lt Colonel Paul Jones from Florida decided to build one that’s exactly what he did. Using aircraft construction techniques he built the Star Streak on top of an Oldsmobile Tornedo chassis and running gear using aluminium. The windows are also bullet proof to resist scratches. It’s no half-done job either, fitted with an interior that can be switched to provide 2 beds, AC/DC/Gas appliances, TV and hot and cold running water from its own reservoir.
Everything’s been catered for even additional external storage for a BBQ and folding chairs, all this in 1971. The exterior though is its talking point, a blend of 60’s space inspiration with 70’s excess and a healthy dollop of chrome. 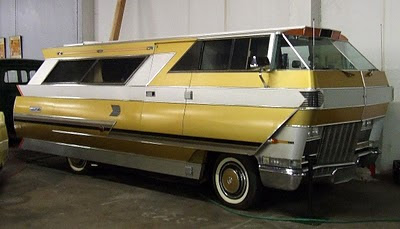 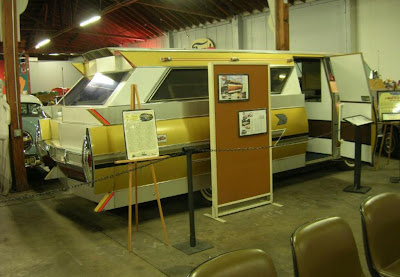 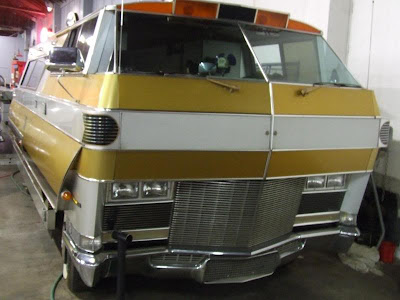 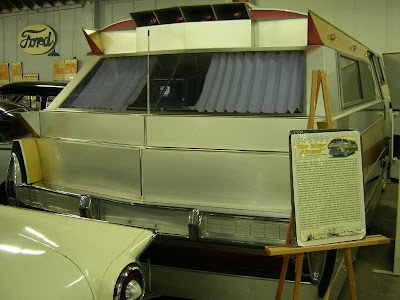 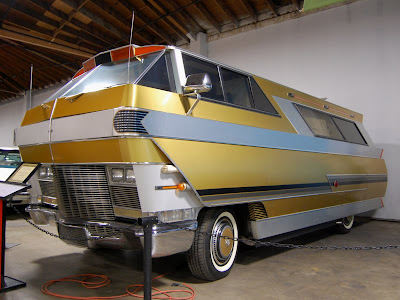