At the end of WW2 Preston Tucker decided to build an advanced car with added safety features such as independent suspension, disc brakes and rear mounted fuel injected flat 6 engine. The concept built in 1946 went down a storm with the public after a tour of the towns, so much so the company issued shares to build a production version and continue to develop the car. To generate even more revenue Tucker allowed future owners to purchase accessories ahead of the cars production, this would also guarantee then a place on the order list.
At this time cars new cars were in demand and the USA Government had ordered that returning veterans would be put on the waiting lists first. Due to Tuckers “advanced accessory” buying option the company was investigated by the department Securities and Exchange Commission, this bad publicity resulting in a stop in production. The other Big 3 manufacturers even put pressure on the new company by restricting supplies of steel etc. When production started again it was too late. In all 58 chassis had been built with 36 cars finished before the company went into liquidation. Before the company was wound up a further 14 cars were assemble and one partially assembled. In total 51 cars were produced between 1947 and 48. 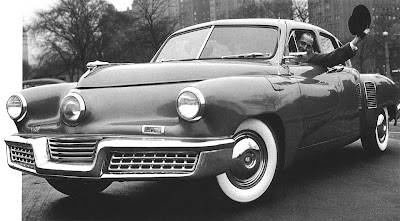 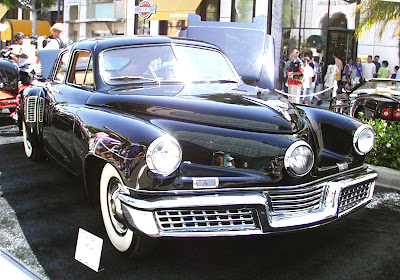 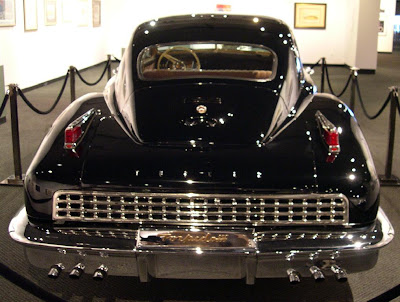 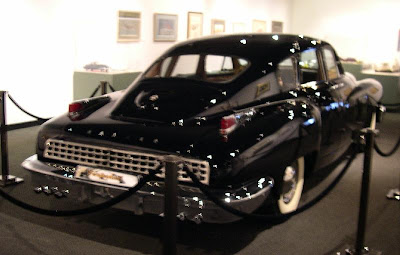 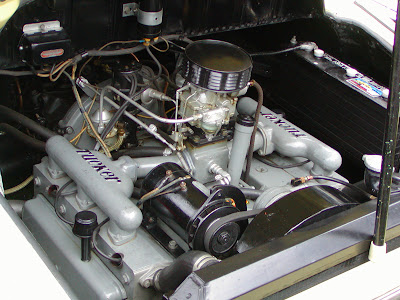 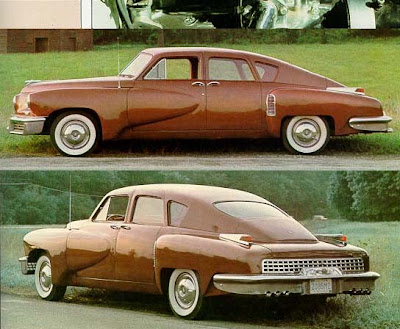 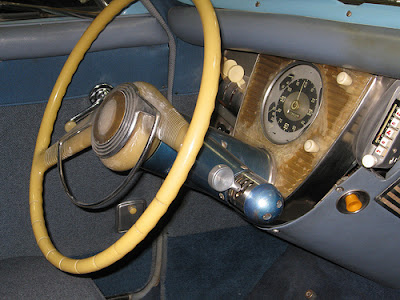 The car is so iconic that Francis Ford Coppella made a film about the company and car-
http://en.wikipedia.org/wiki/Tucker_%28film%29

Email ThisBlogThis!Share to TwitterShare to FacebookShare to Pinterest
Labels: Tucker