The DAF 600 in the face if it looks like most small European cars built in the late 1950’s, this one though has a trick up its sleave, one that F1 banned even before it hit the track 35 years later in the 1993 Williams FW15C CVT.So what innovation was it, a continuously variable transmission (CVT), called the DAF Variomatic. Its basically one single variable gear which allows the engine to run at the optimum efficiency through its rev range.
To say its was ahead of its time would be doing it an injustice, its only now 50 years later that it being used on modern cars such as the Mini One etc and most moden scooters. But this uninspiring Dutch car was where it started. 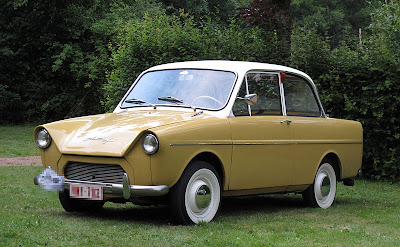 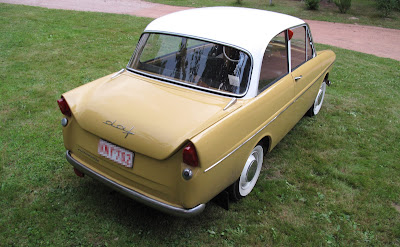 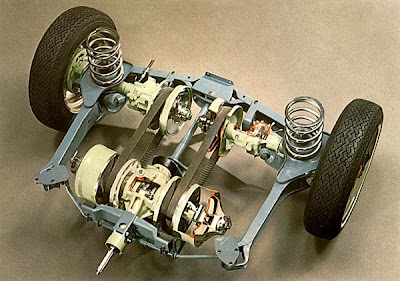 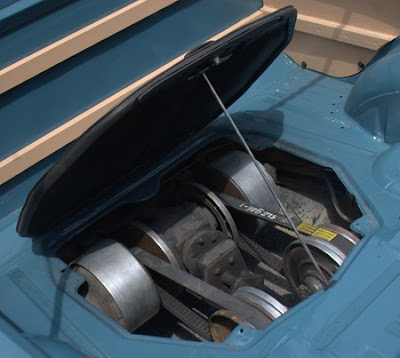 Variomatic transmission-
http://en.wikipedia.org/wiki/Variomatic
Posted by the petrol stop at 8:57 PM

Email ThisBlogThis!Share to TwitterShare to FacebookShare to Pinterest
Labels: DAF