First introduced as a working concept featuring a turbo Rover unit mid-mounted behind the 2+2 cockpit in 1976, this elongated GT car never really changed in the looks departed up till its official launch in 1983. The only significant change was the interior that was described as sparse in the concept, this was reworked to be more luxurious with the addition of Scottish sourced leather. The interior design was always to be bespoke to each customer. The production cars were expensive by the standards costing between £25-30,000, by comparison a Lotus Esprit was only just shy of £19,000!!!!
Production numbers were never known and through the cars life a number of engine options were offered from Buick V6’s to Saab and even Lancia Beta. All of which has special rocker covers added with the Argyll name and turbo’d by Bob Henderson, who developed the car. This has to be a true tourer, comfortable to drive by reports and with its elongated silhouette that would transport 4 adults in plenty of room. 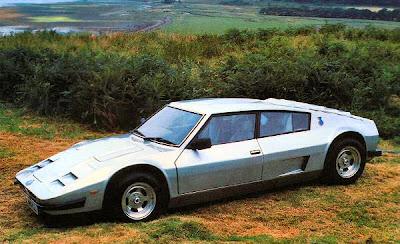 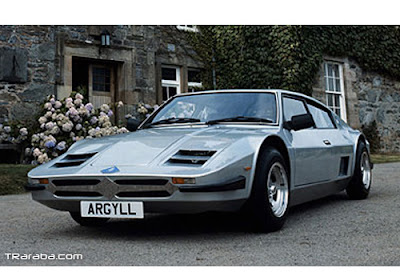 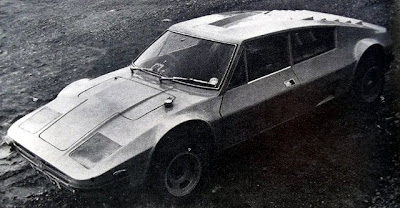 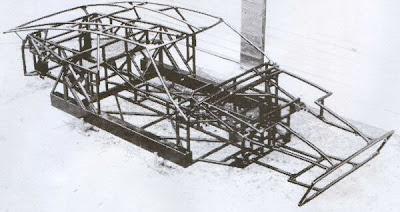 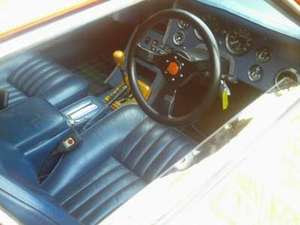 Email ThisBlogThis!Share to TwitterShare to FacebookShare to Pinterest
Labels: Argyll