To the Europeon views this car is nothing unusual, albeit with a different badge on the front. Over here it was sold in the late 80’s and early 90’s as the Ford Scorpio, Ford’s luxury executive car sat above the new Mondeo/ old Sierra in the range. But over in the states it was used to try and create a new luxury brand by Ford, importing the previously mentioned Scorpio but also the sport version of the Sierra. Selling European cars to the states had its hurdles, the main one being the requirements for safety.
The difference meant the cars had to be effectively built on a separate production line. Unfortunately it didn’t sell, up against more established and conventional 3 box sedans compared to this curvy streamlined hatchback. Sold through a dealer network selling Lincoln and Mercury cars, this expensive car was sat next to much cheaper competition (at the time it was the most expensive car on the Ford books). Add to that the later requirement for airbags to be fitted, which wasn’t needed at the time in Europe, just added complication for production and another nail in the coffin. In the end not only did it go out of production but the low sales also meant it was responsible for Ford taking the Merkur brand out of production, making it the shortest running luxury brand to be sold in the US only running from 1985-89. 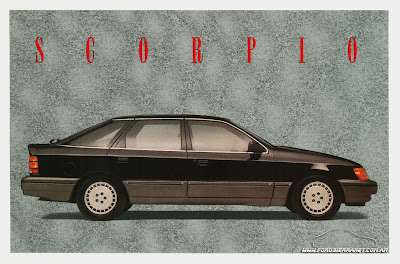 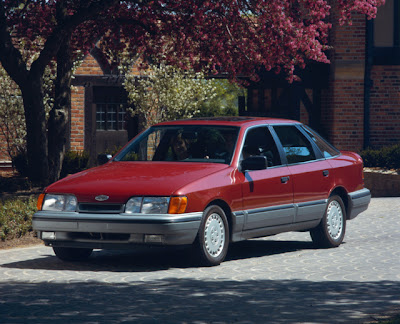 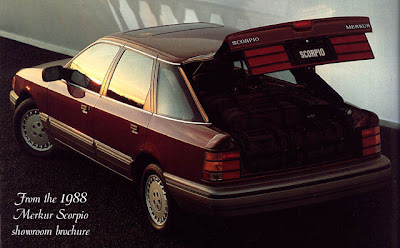 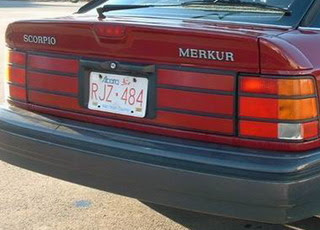 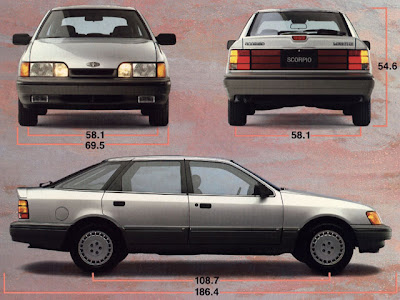 Yes that was the Tim” the Tool Man” Taylor