This is another one of those “future” cars from the 1930/40’s taking inspiration from Buck Rogers right? Well no, this car was actually built in 1974, which would explain the 1960’s jet engine style rear wings and the velour interior. Created by Paul Lewis as follow up to a car built in 1937 Airomobile.

The original concept car was built using a propeller for propulsion, which explains the aircraft style body, however after it failed at the demonstration as Bandimere Speedway the car was redesigned using a more conventional pan-cake type boxer engine mounted outback under the now luggage storage area. Another improvement was to add a second wheel up front to aid stability.

Construction was moved to Sidney, Nebraska where 3 more cars were built, the first one being heavily used as a marketing tool to seek interest from dealerships and the 3rd being displayed at the Los Angeles New Car Show. These cars were powered by 4 cylinder Renault engines. At this point Mr Lewis had been voted out by the stockholders and production ceased. One additional car was built, it had been at the fibreglass manufacturers at the time.

You have to think what was this guy thinking, taking a 1930’s inspired streamlined car with 1960’s space race accents fitted with a little 4 cylinder engine and trying to sell it to America who at the time were buying big V8 muscle cars!!!!!! Still it does allow us to look at this car in wonder. 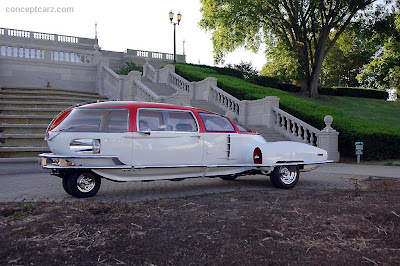 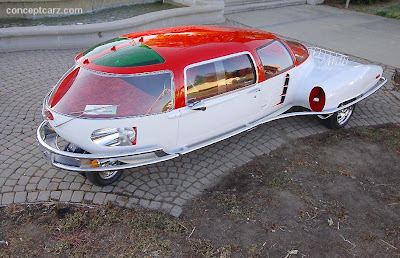 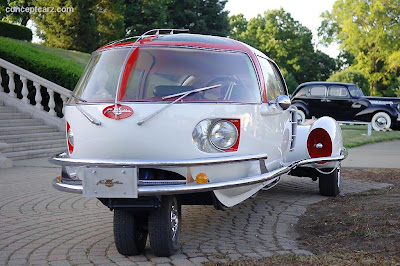 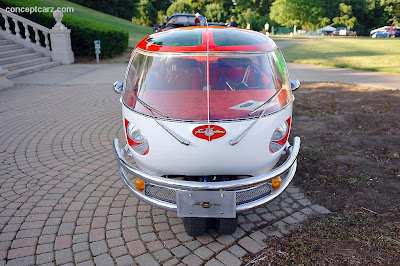 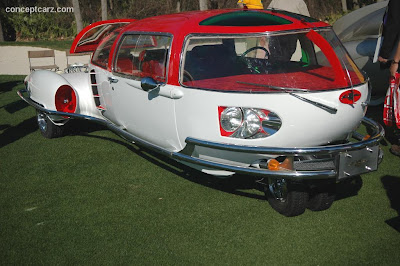 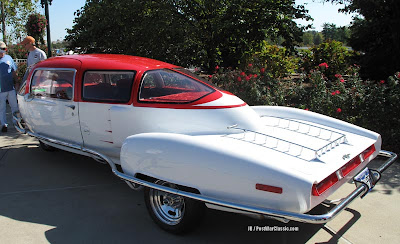 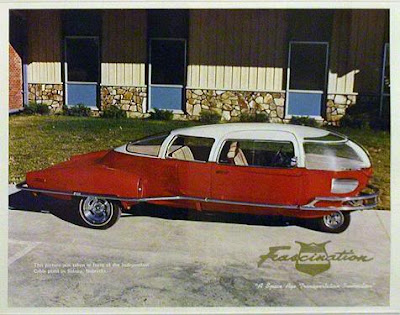