From the same man who designed the Renault 16, Phillippe Charbonneaux come up with concept and revealed it at the 1992 Paris Auto Show. The most unusual thing about it is the wheel layout, with 2 in the middles and one at each end!!!!! With both the front and rear wheels being used to steer the car it could almost turn on its own length. The reason, it would make it easier to navigate narrow busy streets.
With the wheels being set out in this way it lended itself to the streamlined shape which again was sold as a benefit as in a collision with pedestrians they would be deflected to the sides!!!!! This though was only a model, move forward to 1997 and Franco Sbarro (a bongers/inspirational car designer) took the shape and turned it in to a working car, with 3 seater layout and powered by a 6 cylinder Porsche engine hung out back. 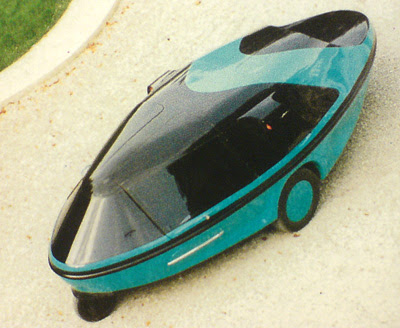 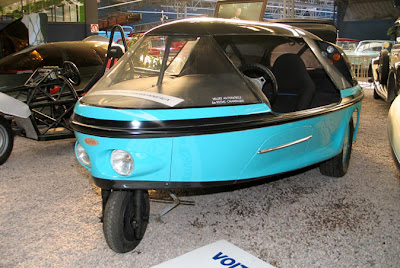 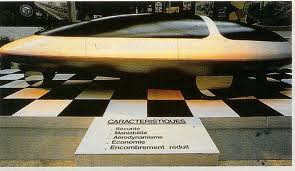 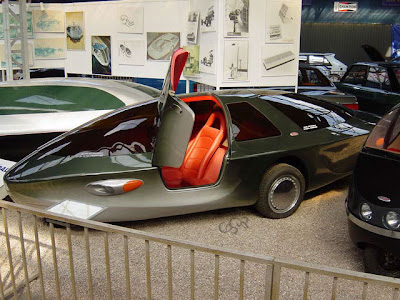 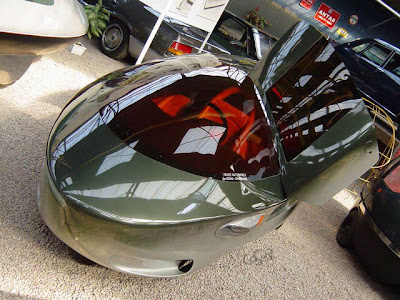 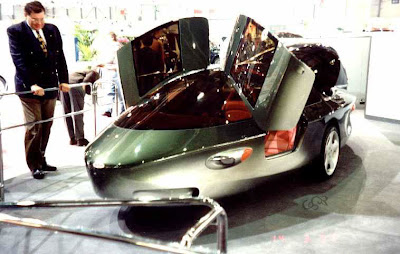