A 3 wheeled car, designed  to be small, easy to park and still have room for 2 adults and 3 children. Sounds like a modern concept straight out of Geneva, but this was debuted in 1964 General Motors Futurama Exhibit at the New York World’s Fair. The wheel at the front would turn 180 degrees allowing the car to almost turn on its own length. A hint of its age however is the 2 detachable shopping trollies that slots into the boot, very off its day I think you’ll agree.
A true example of a real look into the future of driving with most modern cars being easy to park and accommodating a family despite their size, even if the driving controls were a little over the top, especially at a time when large muscle cars were the flavour. Oh and I love the more subtle jet age streamlining look. 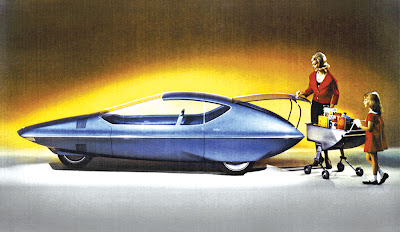 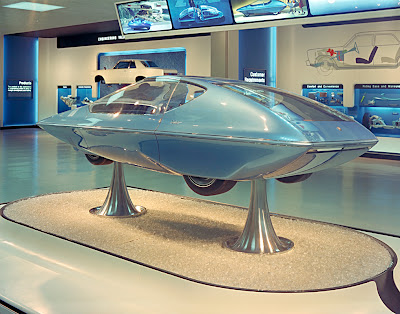 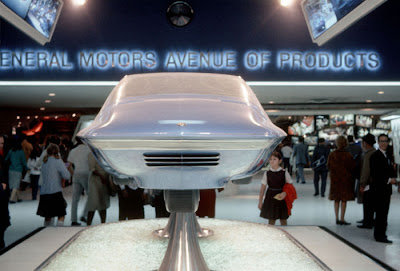 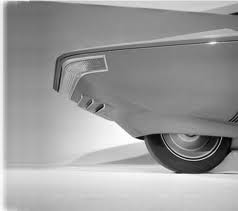 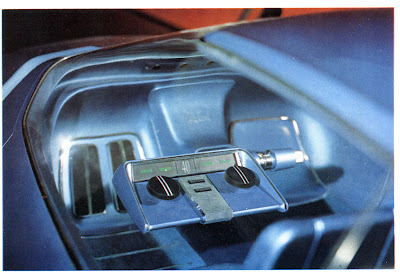 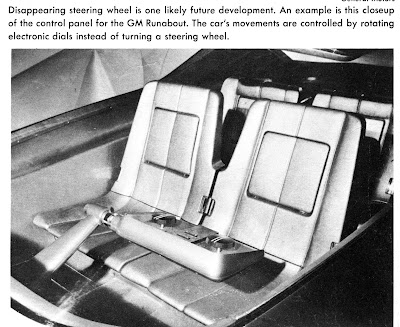