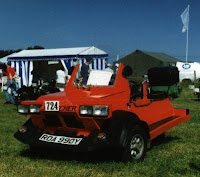 Part Mini, part kit car and part trike this is the Stimson Scorcher. Barry Stimson built 30 of these vehicles between 1976 and 81 in Nouveau, Brighton. Barry had a history of building Mini based cars, some of which I’ll come back in the near future, The Scorcher though was a little different with its 3 wheel configuration. The cost of this unusual trike £375+ VAT, all you had to do was supply him with the running gear , steering, foot pedals , handbrake and fuel tank and he’d take care of the rest, including putting that tuned mini engine up front.
From what I found out only about 15 still remain, just think about the looks you would have gotten riding this, even today 2 wheels at the front is unusual in the late 1970’s it would have been unique!!!!! 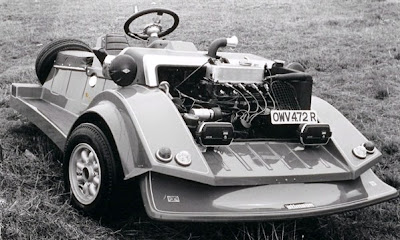 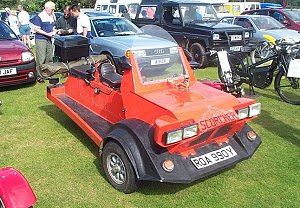 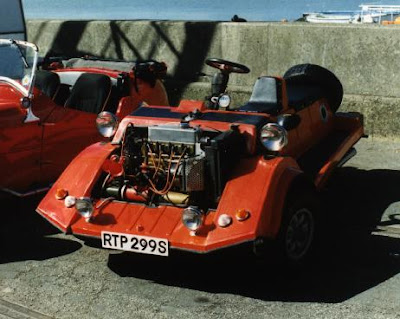 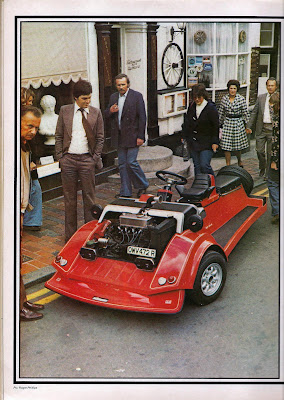 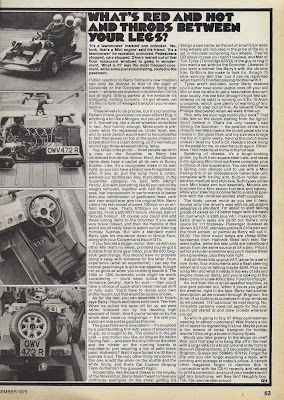