Built by the iconic car builder Carl Casper, if you don’t know his name you’ll know his work such as the A Team van, the General Lee, K.I.T.T as well as the movie Batmobiles along with a host of hot rods. The Cosmic Invader was a 3 wheeled, battery powered car built in the 1970’s, well with a paint job like that it couldn’t have been built in any other decade. The car, with its 18 six volt batteries, could cruise at 50mph, although if you dropped this to 35mph you’d have a 125 mile range before a recharge was needed. Unfortunately no matter how advanced this car seemed to be, it hit the same problem still here for electric cars, the 8hour recharge!!!!
Although unlike modern electric cars, its batteries were built to last 30,000 miles. But unlike modern electric cars this one looks fantastic.

It’s currently on display at the Kruse Automotive and Carriage Museum. 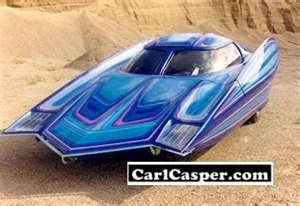 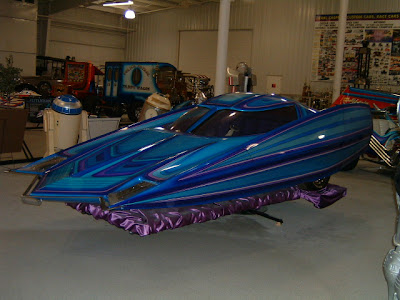 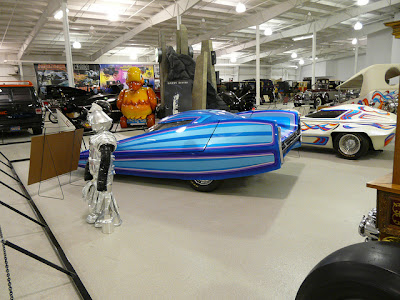 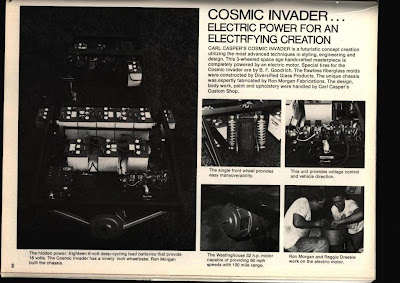