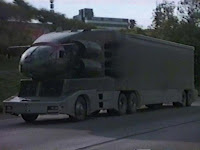 I looked at this a few years ago that went on to be the “buddy” truck in The Highwayman in the late 1980’s. But this though is the main truck, for those who can remember the series know apart from looking awesome it had a major trick up its sleeve, with a change of the steering wheel it would transform into a helicopter!!!!! How awesome was that. (2 mins in video below)

Now for those who don’t know about The Highwayman, is was a TV series from 1987 developed by the same guy behind Knight Rider Glen Larsen, set in a post-apocalyptic world were unofficial US Marshals patrolled the highway dishing out the law, and stared Sam Jones (Flash Gordon) as The Highwayman (his name is never revealed). The main star though was his rig. Built at huge expense to the studio, $287,000, it was based on a 1980 Kenworth cab-over with an 8V92T diesel but modified beyond recognition. The show only ran for a single series (well 9 episodes), following the truck remained in the hands of its builder who started to convert it into a mobile home. This doesn’t seem to have been completed as it was offered for sale with an option to complete. The truck although still recognisable, has gone through some cosmetic changes, most notably the paint job is now has sporting a car clubs logo and a stripped out interior. 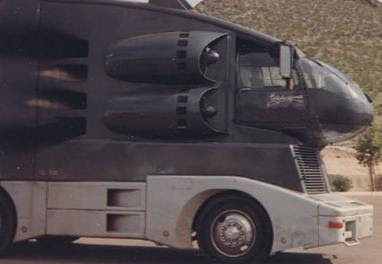 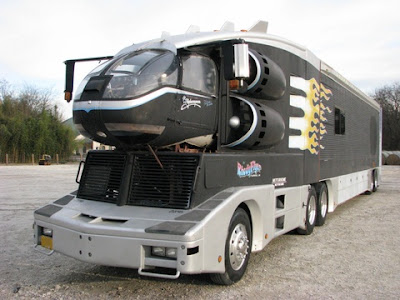 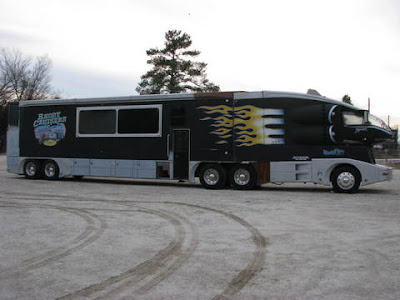