We’ve seen what F1 teams can come up with when they decide to build a road car, McLaren F1, Ferrari Enzo etc but French builder Ligier went down a slightly different route in 1980!!!! In France until quite recently if a car had a 50cc engine or produced less than 4.5bhp it didn’t need to be registered as a car or require the driver to hold a valid drivers licence yet it could still be driven on the road!!!!! Therefore they were bought by the very young, very old or prosecuted drink drivers!!!!! They were also popular rental cars.
The result was this, the JS4, which was built between 1980-83 then the JS6 with slight tweaks to the box styling from 1983-86!!!!! A diesel version was even built as well as a pickup type vehicle. Ligier still produce a more modern version today, the Ambra. Rear engined with a 2 stroke engine usually found on a moped and rear wheel drive, this tiny boxy car has to be the most successful car produced by an F1 team. 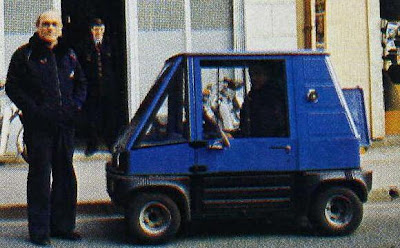 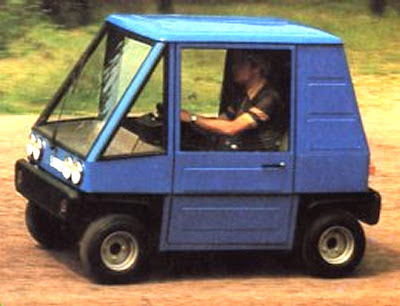 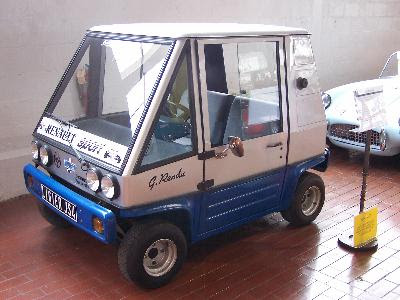 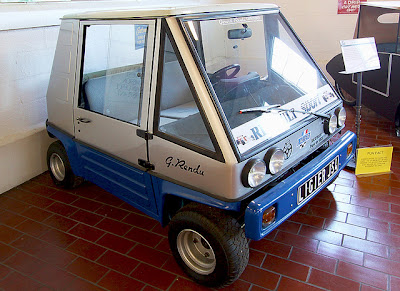