I spotted one of these at the recent Classic Car Show at Bodelwyddan Castle, this was the first car built by Clan who set up business in 1969. Built around Imp running gear with a fibreglass monocoque body and tuned Sport engine producing 51bhp. Designed by Lotus Engineer Brian Luff,, one of the brains behind the all-conquering Lotus 72. Production started as a running chassis kit car in order to get around the 25% luxury tax of the day in 1971.
When the tax laws changed the car was sold as a production car, following its crash testing, until financial trouble ceased production in 1974. Around 350 cars were built with 19 being race specials. The molds however were passed around, first to Cyprus, prior to the invasion, then to Ireland where a limited run was built in 1984, these had flip up lights. Eventually a new Clan produced a replacement car, the Clover. 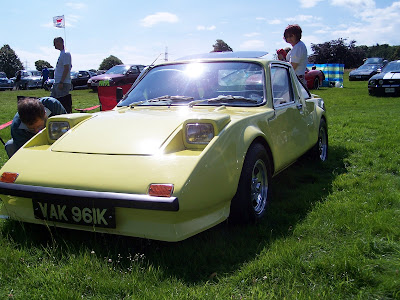 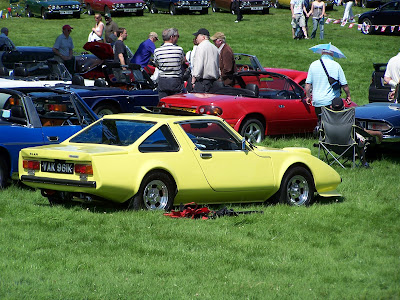 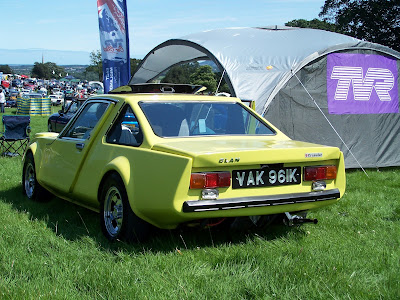 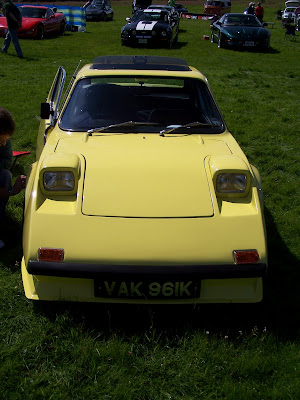 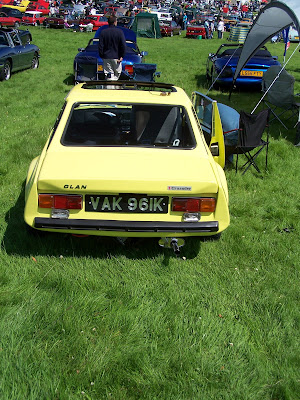 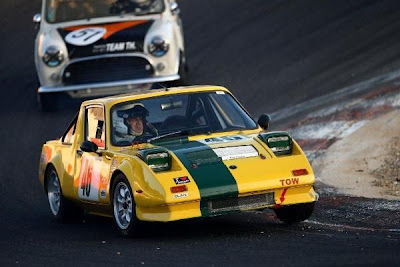