Before the rebodied 406 Coupe, a version of the 405 was produced. I’m sure you’ve never heard of it because only 4 were built all with one purpose, rallying. Mid engine with a 1.9ltr turbo engine producing 245 bhp and permanent 4 wheel drive taken out of the 205 16GR, the only thing they had in common with their production counterparts was the front end styling and a badge.
It was very successful in its limited outings (taken from Wikipedia)-

Thats right it won the Paris Dakar on its first outing!!!!
The youtube link below is it setting the fastest time on the Pike Peak!!!! Yet still with all that success a successor or road car wasn’t built, seems strange to spend all that money producing a race winning car for 2-3 years of completion then just stop. I suppose it could have been a finished relic of the Group B rally era entered in to races that it could qualify for. Out of the 4 built 3 are displayed in the Peugeot Museum and one is in private hands. 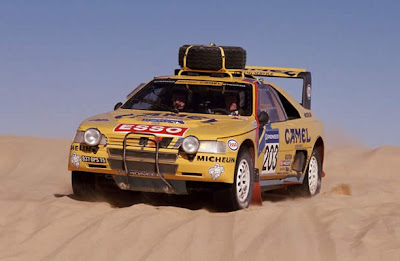 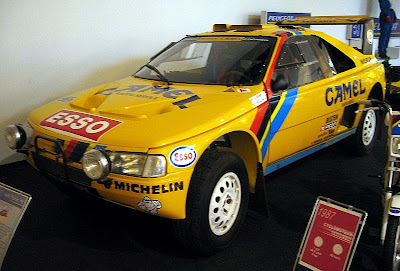 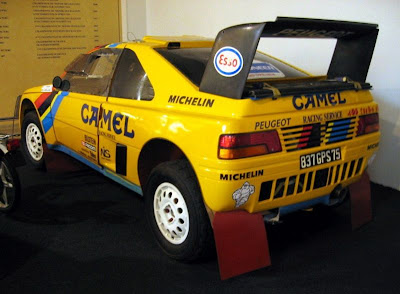 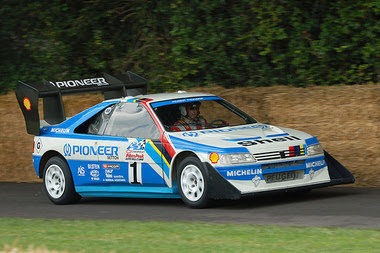 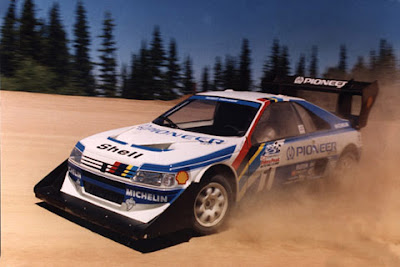