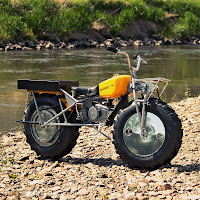 Although still available today this, originally 2 wheel drive, bike has been built practically by the same manufacturer since 1964. When it bought the original company and rights off its inventor Charlie Fern, who had been developing and selling them as a kit bike called the Nethercutt Trail-Breaker. Prior to that, from 1963 Rokon sold them built as a dealer under the bikes original.


The 2 wheel drive system utilises a combination of belt/chains and drive shafts coupled to two gearboxes. Originally powered by a 134cc 2 stroke engine with only 6bhp it was not designed for high speed off roading. Its other more affectionate name, the Moto-tractor, gives a better idea of its use. Long off road riding over very rough and steep terrain. Think of it as a replacement horse for long distant travel such as cattle ranching and farming. In order to have the longest range possible the wheels double as either fuel or water tanks. Typical speeds we’re 20-35mph, and much slower up steep inclines. 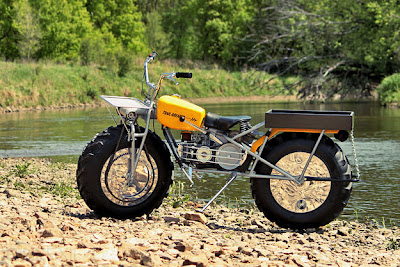 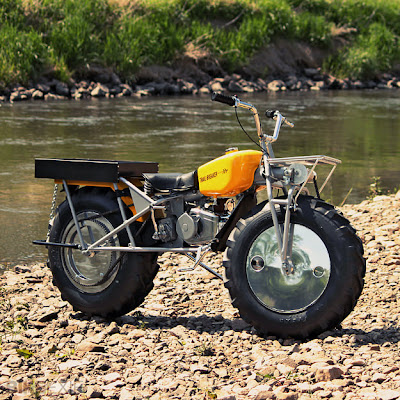 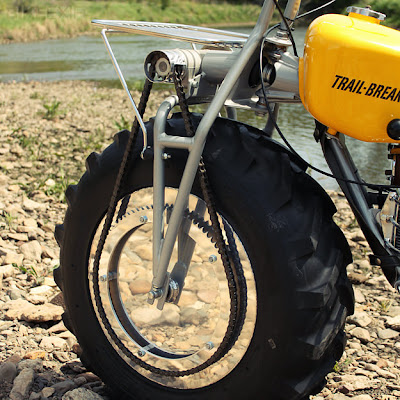 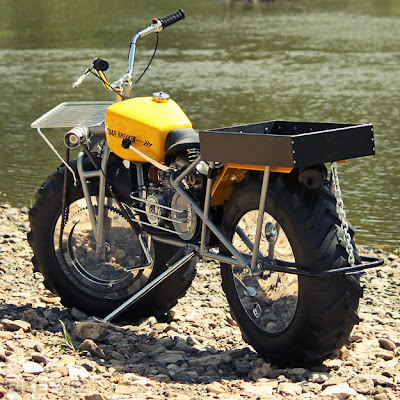 From 1974 the 2 wheel drive system was dropped and a CVT gearbox was also utilised. You know CVT that’s banned in F1 racing as the engine is constantly on song for maximum power and efficenty no matter what the running speed.

Ove the years the 2 wheel drive version has been reintroduced and is still available new today from just shy of $7,000. It does look the part, meaningful with built in purpose. 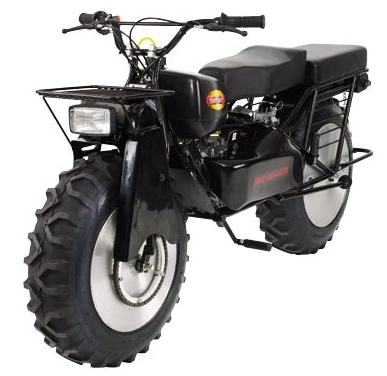