When launched in 1979, Avon saw possibilities with the Jaguar XJ6 and in 1980 at the British Motor Show it showed its estate version. And why not, Mercedes had shown that a luxury estate would sell. It was such a revelation that it won the first prize and a gold medal in the International Coachwork Competition. To create the hatch back a hatch from a Renault 5 was grafted on. The result was a load bed of 6’ 7” and over 58cuf of space. They even offered for an additional £475, child rear facing seats making this a 7 seater people carrier, how very modern.
Something that wouldn’t happen today was Jaguar honoured its warranty on the car although Avon had its own warranty for the bodywork. The run was going to be limited to just 250, all built to the individual specification of the buyer. The cost for this practical luxury, £6500 on top of the car its self but did include the installation of an electric sunroof, vinyl roof, inertial-reel rear seatbelts, rear wiper/screen washer and the extension of the car’s central locking system to include the tailgate. The numbers actually built vary between 10-20, although Avon deemed it a success leading it to offer other modified cars. It would be 20 years before Jaguar would offer a factory estate in the guise of the Ford Mondeo based X Type. 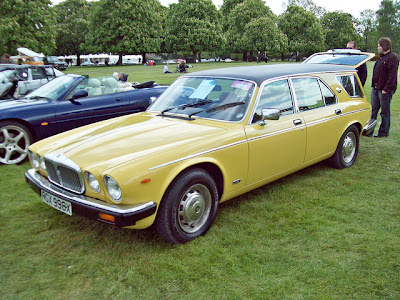 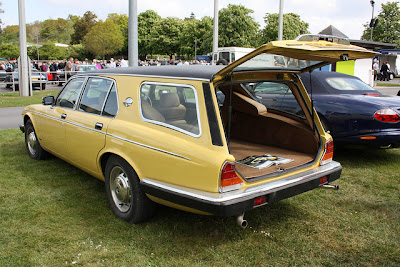