A one off concept designed to show a future and debuted in 1972 at the Turin Motor Show. Taking the classic wedge shape but adding more of an 80's edge to it by designers Ercole Spada and Piero Rivolta, the car was named after Piero home town. Powered by a 5.7ltr Ford V8 mid mounted and punching out 325bhp this was no slouch or purely show car, it was tested on track at Monza.
Unfortunately timing wasn’t on its side and the oil crisis saw Iso go in to administration in 1974, leaving this as the only built example. However this car was nearly lost being left in the corner of the factory. Peiro found it covered over and damaged,  bought it and undertook an extensive restoration. 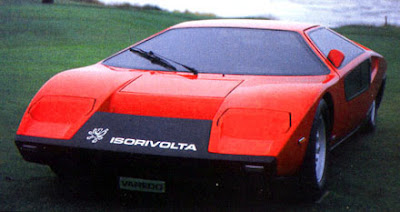 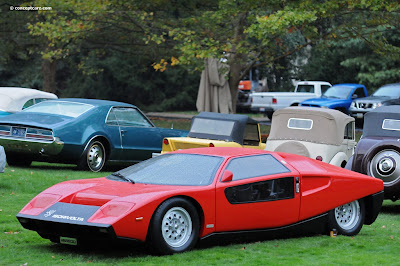 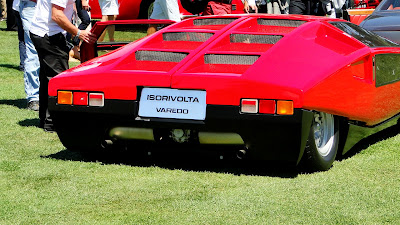