When I first saw a picture of this car it was the profile and I thought “what an oddly elongated thing”, when I saw the front elevation I though “that can’t be the same car!!!!”

This was a concept/prototype built in 1992 around a tubular chassis with Ford Taurus running gear. Designed to be a GT car for cross continent cruising, particularly in the US where it was built, it had space for 3 and despite its mid mounted engine, still had a full size boot hung out of the back. Wait space for 3, I hear you ask, yes a central driver flanked by to passengers just like the McLaren F1, but probably with less elbow room. Access was via individual gullwing doors over those very wide looking sills. It never made production although as concepts go this seems well advanced from the pictures.


Unfortunately in late 90’s the car was dismantled by the builder so parts could be used in other cars. What a shame as this thing just looks so odd that it looks right!!!! 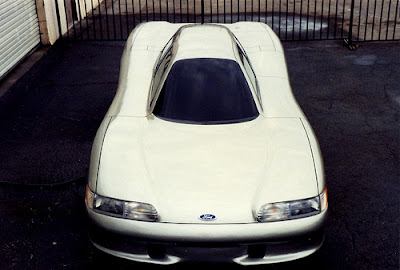 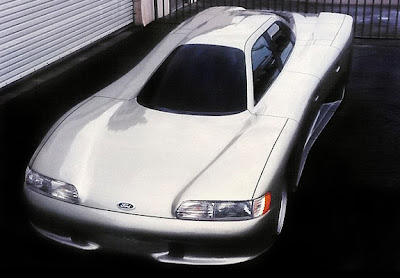 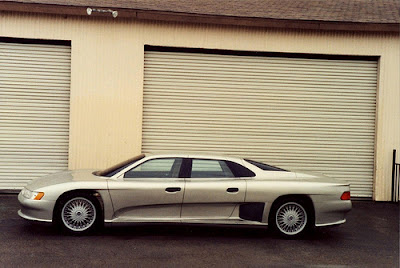 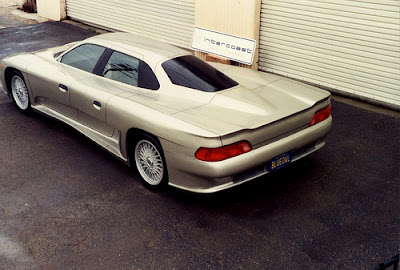 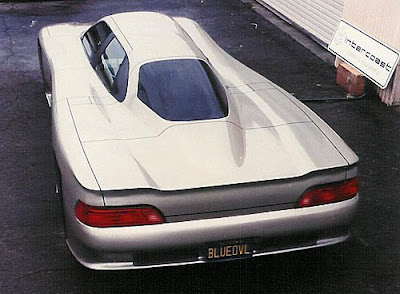